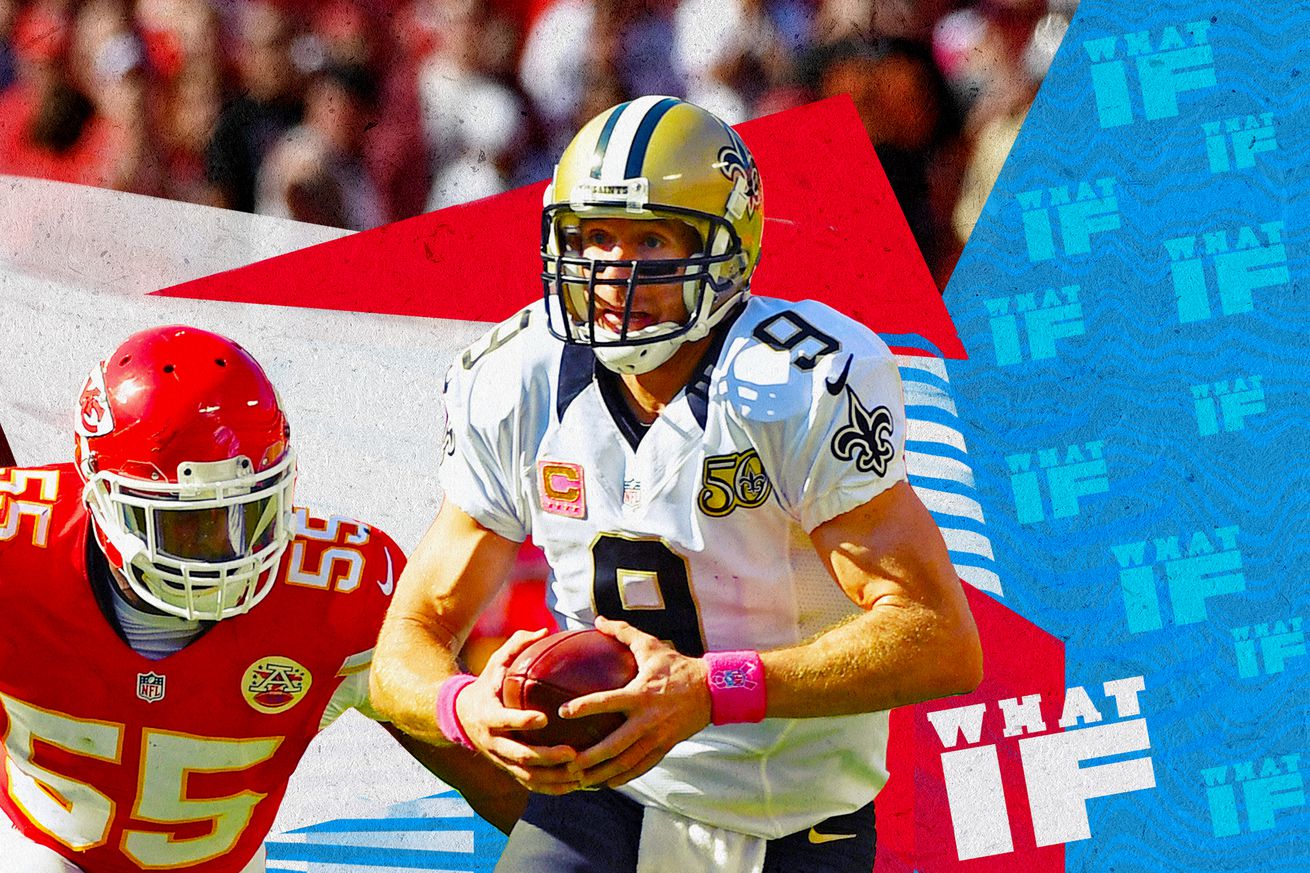 Retired NFL lineman Geoff Schwartz takes a look at how a much more fun Super Bowl between the Chiefs and Saints would’ve gone.

Sometimes, one play, one moment, one decision can change everything — or maybe only a little bit. Either way, it can be fun to imagine the various timelines if one thing had gone differently. SB Nation NFL is looking at those hypotheticals, alternate universes, and made-up scenarios in our second annual “What If?” week. You can follow along with every story here.

As a lifelong sports fanatic, I love “what if” discussions. What if UCLA didn’t blow a 38-21 fourth-quarter lead to an unranked Miami team in a rescheduled hurricane-delayed game to end the 1998 season and miss out on the first BCS National Championship Game? See how it works? Ha!

The “what if” is an incredibly powerful daydreaming tool, and it can spark endless conversations with your buddies about different outcomes of sporting events or even player personnel. And while playing the “what if” game can be painful, in the end, it’s enjoyable.

Super Bowl 53 between the Rams and Patriots was a defensive struggle dominated by New England. It wasn’t the game we expected when the ball was kicked off in Atlanta. The 13-3 score left us wanting more.

Both teams were heartbreakingly close to playing in the Super Bowl

The Saints were robbed of the opportunity by a blown pass interference call toward the end of the game. If pass interference is rightfully called, then the Saints can run out the clock, kick a field goal, and celebrate in the Super Bowl. Instead, it wasn’t called and the Rams ended up winning in overtime.

The Chiefs were inches away from winning their first conference championship in Arrowhead Stadium. Tom Brady threw an interception that would have sealed the game but no, Chiefs defensive end Dee Ford was offsides. Unlike in the Saints-Rams game, this call was correct. It gave the Patriots new life and, just like the Rams, they won in overtime to punch their ticket to the final dance.

So what if those two plays had turned out differently and instead of the Rams vs. Patriots, we get the Saints vs. the Chiefs? How does this game go down?

Here’s what Super 53 would’ve looked like if it had been Chiefs vs. Saints

Well, for one, it’s the opposite of the Super Bowl we got.

This one, no doubt, is HIGH-scoring. Both of these teams are better equipped to move the ball and score points in this game.

Plus, both coaches have been there. Sean Payton has won a Super Bowl with the Saints and Andy Reid has been to another with the Eagles. They are experienced offensive minds who excel with two weeks between games. The Saints are 8-2 since 2009 after a bye week during the regular season and Reid is, like, 102-2 after a bye week (it’s 17-3, though). They’d know how to gameplan and not over prepare, like Sean McVay admitted happened to him before the big game.

Both Payton and Reid would be preparing high-flying offenses. The Chiefs were first in Football Outsiders’ DVOA metric, and by a wide margin. They had the third-highest scoring offense in league history with 35.3 points per game. The lowest-scoring game of the season for them came against the lowly Cardinals at home, where they put up 26 points and appeared disinterested all game.

The Saints, while not the Chiefs, still had a potent offense. They were fourth in DVOA and were efficient on offense at both the run and the pass. However, as the season wore on, their scoring went down. After Week 11, the Saints hit the 30-point mark only twice. Their passing yards plummeted as it seemed like Brees’ arm strength waned a bit and teams figured out Michael Thomas was their only (best) option in the passing game.

The Saints won down the stretch with their defense, which was much better than the Chiefs’ throughout the season. After the Saints allowed 48 and 37 points in Week 1 and 3, they buckled down, only allowing more than 23 points twice (not including a throwaway game in Week 17) until the NFC Championship Game. The Saints’ defense was 11th in overall DVOA, 22nd in passing, and third in passing.

As much as I’ve discussed offense, you’d think that was the reason why teams won the Super Bowl. It’s not. Offenses might carry teams to the Super Bowl, but defenses win them.

The better defense, according to the DVOA metric, has won the every Super Bowl since 2013, minus the Patriots beating the Seahawks in Super Bowl 49. While some of these defenses are ranked close, the better one has won. This could be nothing, but when we are trying to predict the outcome of a “what if” game, it’s important to note.

The Chiefs’ defense just wasn’t good enough to win a Super Bowl last season. They were 26th in overall defensive DVOA and 32 against the rush. The Chiefs were able to get by with their poor defense because of their pass rush, which at times, was excellent. However, the Saints’ offensive line was an outstanding pass-protecting unit, especially at tackle, where they would’ve needed to hold off Dee Ford.

Like the Patriots’ offensive line, I think the Saints would eat up the Chiefs’ pass rush. So, the Saints, with that two weeks off, should be able to outscore the Chiefs.

I’d predict a 35-31 victory for the Saints over the Chiefs — and a much more fun Super Bowl than the one we got.