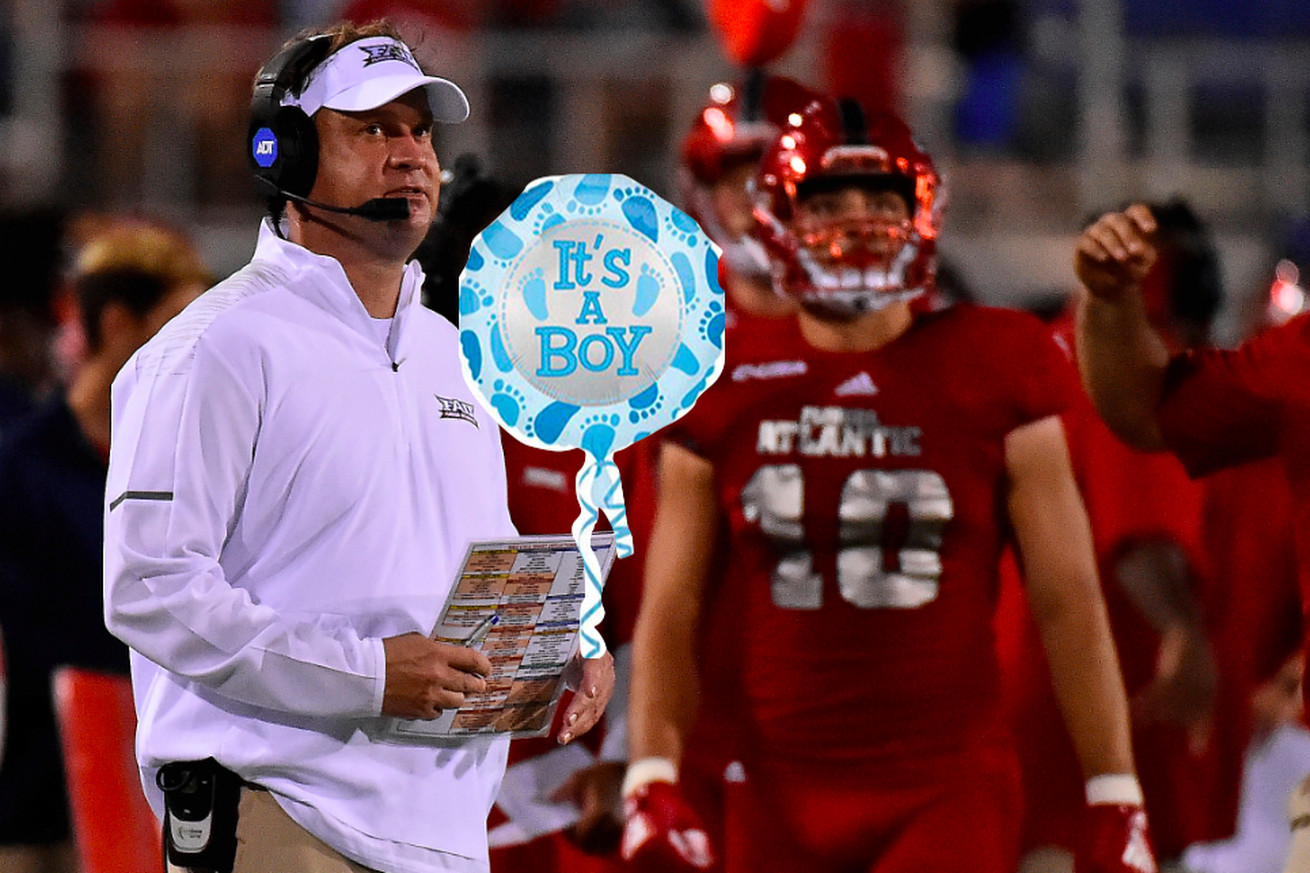 FAU head coach Lane Kiffin is no stranger to making headlines for his recruiting tactics. To date, he has actively recruited a total of four middle schoolers (that we know of), and now he’s moving on to recruiting in maternity wards.

I do not mean that Coach Kiffin is actively recruiting maternity wards for babies who are just born who might be good enough to #ComeToTheFAU. I mean he’s having recruiting visits with prospects who just had a baby of their own. Lake Weir High School head coach Knox Robinson tweeted a photo of Kiffin just hanging in a maternity ward:

Love him or hate him @Lane_Kiffin came to the maternity ward to see one of his recruits who just had a baby and talked to him about real life stuff. Not football. Coach Kiffin is a genuine guy and we appreciated having him around today! pic.twitter.com/bM08DJVWtR

Kiffin, a father of two, certainly knows what a special day this is, so it was definitely a nice gesture for him to stop by. It’s unclear if Kiffin offered the recruit’s baby a scholarship as well, at least at this point:

National Signing Day is just a week away, and FAU’s 2019 class is ranked 79th in the country, per the 247Sports Composite. No matter what FAU class, if any, this recruit ends up in, he probably appreciated Coach Kiffin swinging by on a big day for him.