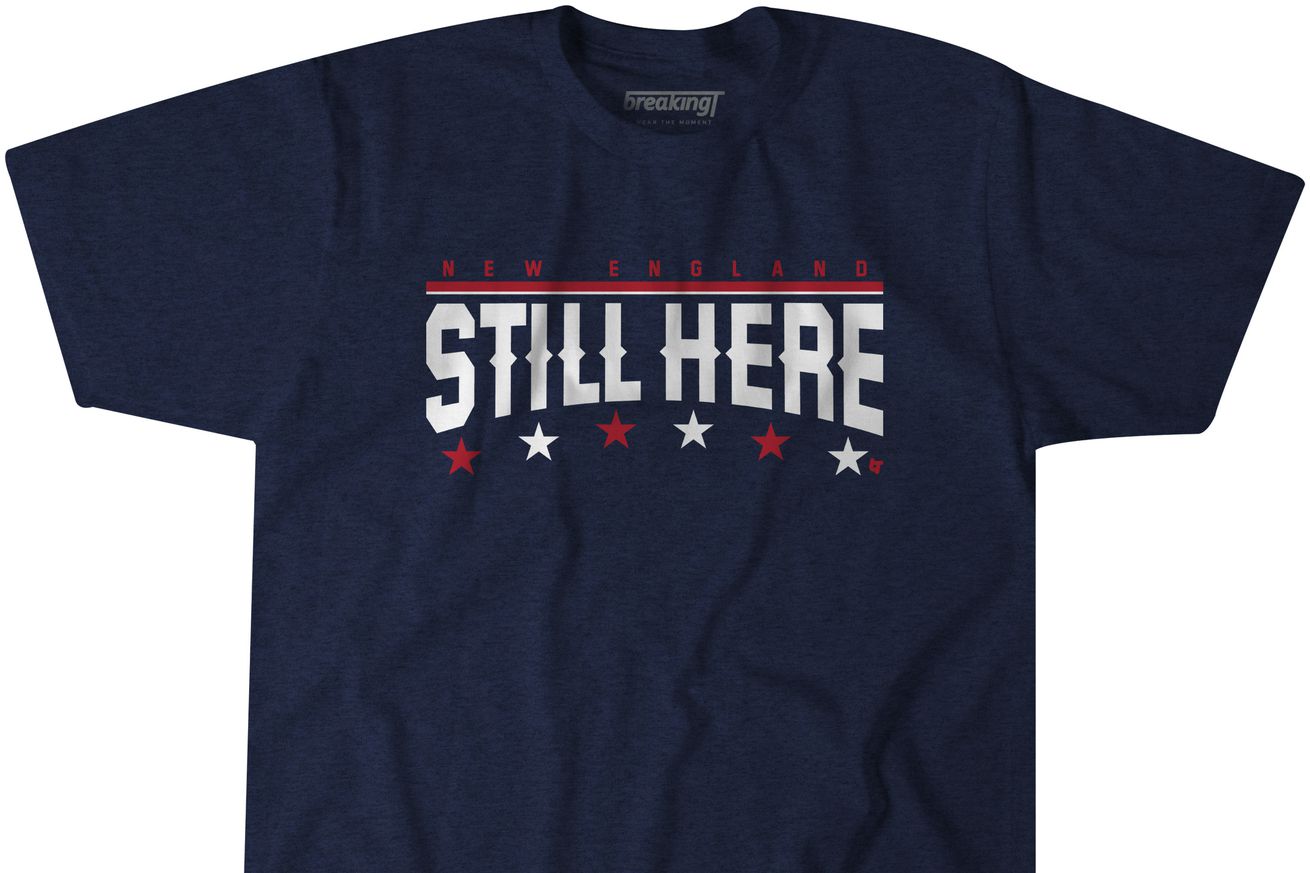 Tom Brady spoke it into existence, and now it lives on as a T-shirt and hoodie.

To 98 percent of the country, the New England Patriots were not playoff underdogs. With five Super Bowl titles and the prospect of a sixth Lombardi Trophy within sight, no one labeled them as such heading into the Super Bowl.

Sure, they (only) went 11-5 during the regular season, gave up an embarrassing walk-off touchdown to the Miami Dolphins, and didn’t have the same explosive offense from years past, but it’s the Patriots. We’re not complete idiots.

But hey, none of that stopped Tom Brady and the rest of the team from telling themselves otherwise. Before Brady and New England took off for Atlanta, the 41-year-old quarterback started the chant in front of a huge crowd inside Gillette Stadium. Naturally, it became a huge thing and motto for Pats fans.

One week later, as Bill Belichick showed exactly one ounce of emotion after winning his sixth Super Bowl title on Sunday night, he let it be known again: the Patriots dynasty is still here.

So now, Pats fans have their sixth Super Bowl title to brag about, and they also have a new “We’re Still Here” T-shirt and hoodie to troll the rest of the country with, too.

Still need the rest of your Pats Super Bowl merch?

A Super Bowl title is never a bad time to splurge! Luckily, the folks at BreakingT dropped a bunch of new T-shirts and hoodies as part of their Super Bowl LIII collection.

If you’re looking to pick up some more Pats gear and celebrate with some new merch, here are a few more items to check out.

Details: Buy any three items from the LIII collection, and get one shirt free! Use promo code NESIX at checkout and you’re good to go!