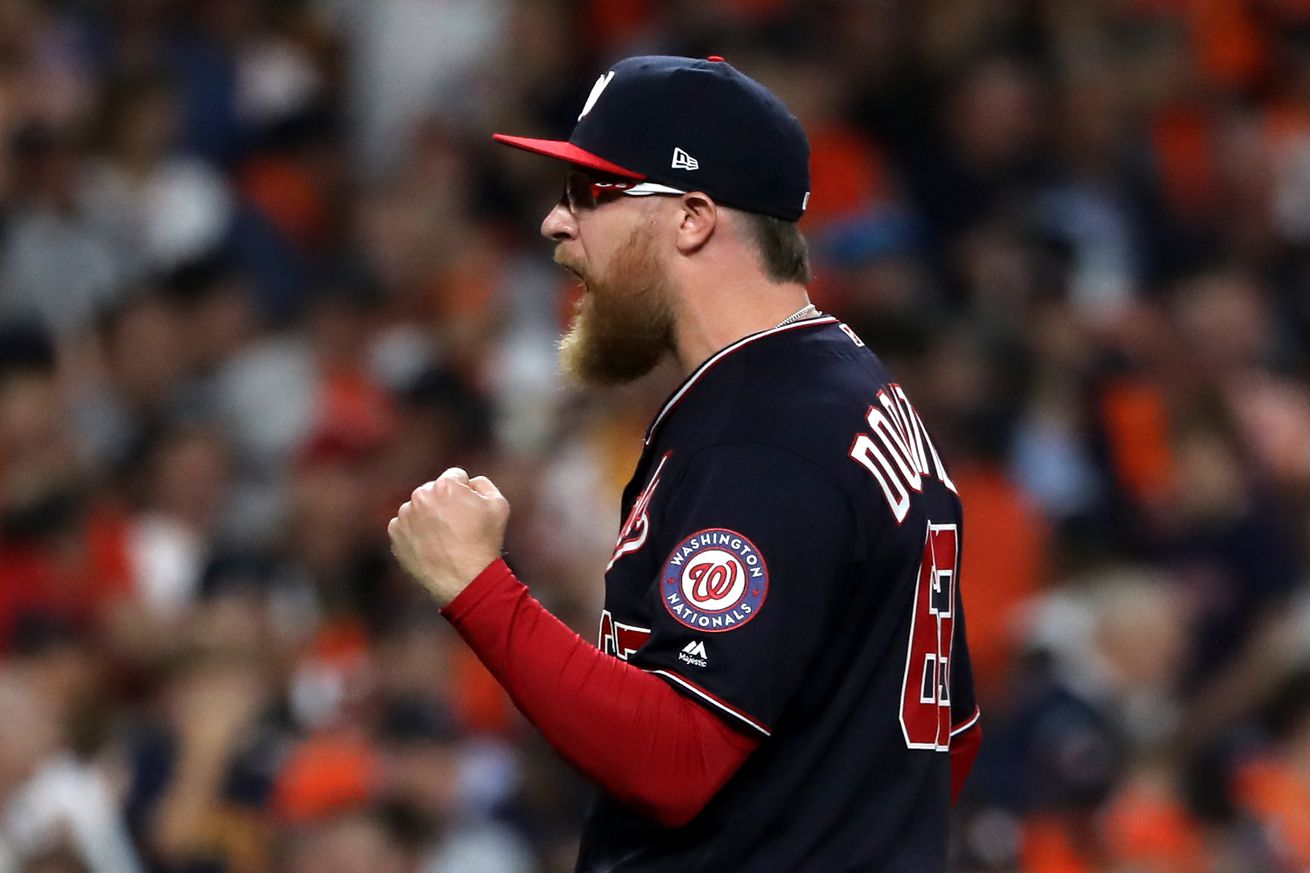 Going into the World Series, we spent a lot of time talking about the excellent level of pitching that would surely be on display. This was in spite of the fact that if the Nationals have a weak spot, it’s their bullpen. Still, if you have Max Scherzer going for you in Game 1 then you’d be thinking that he’s gonna give you six innings at least.

As it turned out, Scherzer was only able to get five innings in before he had tossed 112 pitches and given up a couple of runs. Granted, the Nationals were already in a lovely spot at that point in the game — thanks to Juan Soto turning Game 1 of the most prestigious series in all of baseball into his own personal playground — so it wasn’t like the bullpen had to come in for a tight spot.

They even got Patrick Corbin to come in for some more relief work in this game just so the middle part of their bullpen wouldn’t have to get exposed any more than they needed to. Bringing in Corbin at that point was also a sign Davey Martinez perfectly understood the gravity of the situation — his team was up three runs on the road and this was a golden opportunity. This was no time to mess around, so Corbin came in and kept the Astros off the board for that inning.

Things got interesting in the seventh and eighth innings, when the Nats needed … their actual bullpen. The first man up was Tanner Rainey, and George Springer gave him a rude welcome to the World Series with a homer. He only recorded one out before passing the baton to Daniel Hudson. Hudson gave up a single, but he also put out the fire and it was 5-3 at that point.

It got even tighter in the eighth inning when Hudson stayed on the mound once the Astros came back to the plate. If George Springer’s fly ball had gone just a little further and flown a bit higher, things would likely be much different heading into today’s Game 2. Instead, it stayed in the ballpark and Springer had to settle for a double. Nationals fans had to have been nervous, but still grateful to be ahead at that point.

GEORGE SPRINGER IS PUTTING THE TEAM ON HIS BACK!!! pic.twitter.com/kcoS9tkzLY

Sean Doolittle eventually entered for the eighth and the four-out save bid was on. To his credit, he came in and did his job without much drama. Houston’s offense is always capable of blowing up and Nationals fans can tell you all about their bullpen issues this season. But Doolittle waved those anxious feelings away with a confident performance to get the final four outs and lock down the victory.

If we’re just looking at this from a results-only point of view, Washington’s relief corps did their job. The Astros may have put two runs on the scoreboard, but they also failed to put a crooked number on the board. This wasn’t due to lack of opportunities — the Astros had the bases loaded in the seventh inning and they had a runner in scoring position in the eighth. Both times, Washington’s relievers managed to keep Houston from doing any more damage.

This wasn’t really a super spectacular pitching performance from all of Washington’s pitchers and a huge amount of credit has to go to their batters for giving their team the absolute gift of five runs off of Gerrit Cole. At that point, all they had to do was keep themselves from fumbling. The bullpen just about made it across the finish line and now Washington will at least be taking a split back with them to D.C.

There are probably going to be a few more trials and tribulations for Washington’s bullpen before it’s all said and done. They can proceed through the rest of the series knowing that they’re capable of mitigating any huge damage that the Astros could inflict on them. This isn’t to say that Houston is just going to cower in fear now. Instead, this should serve as a huge confidence boost. If the Nationals can keep on hitting and their bullpen can keep on doing just enough to succeed, this could be a special week for the Nats.