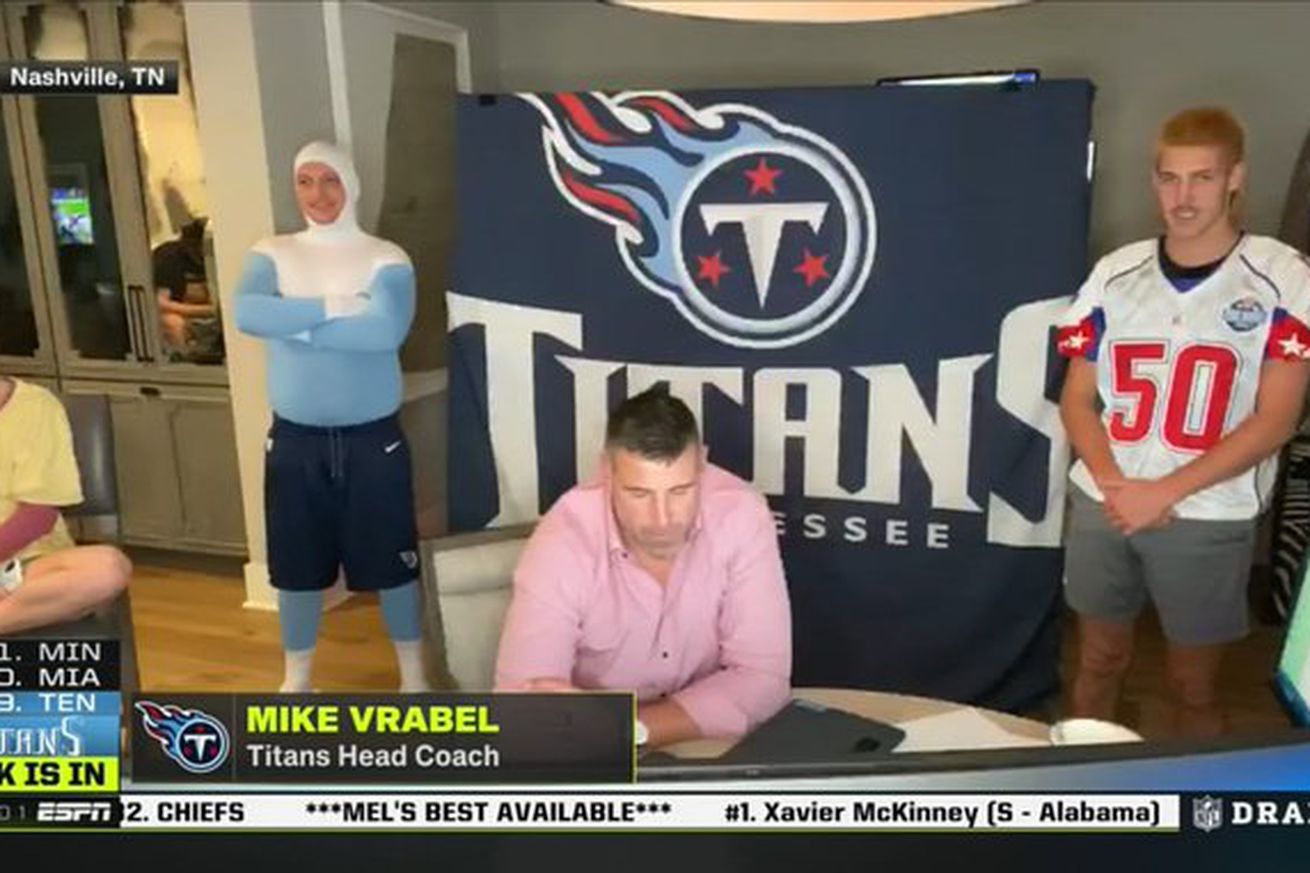 Seriously, WTF is this?

I’ll totally forgive you if you didn’t hang with the NFL Draft until the No. 29th pick, but you missed an incredible scene at Mike Vrabel’s house.

What the heck is going on at Vrabel’s house??? pic.twitter.com/0EeSCQCKpv

There was no explanation given about this moment. All the viewing audience knew was that there were two dudes, one who might be a jockey and another who looks like the lovechild of Brian Bosworth and Napoleon Dynamite, standing dead-still, gazing into the camera and undressing every single person in the audience with their eyes.

The best possible explanation was these were Vrabel’s kids trying to play a prank on dad — but secretly I hope Vrabel solicited his family to do this. All night we’ve seen kids trying to get in the shot to they can tell their friends they were on TV, but the presumable Vrabel’s made the entire moment about them.

Also, was someone was pooping in the background?

This guy takin a dump? pic.twitter.com/1X1j13pFsZ

So @CoachVrabel50 says it’s been a long quarantine and teens wanted to do something different behind him when #Titans picked. And Vrabel says Tyler was on a barstool next to his mom, not on a toilet as some think.