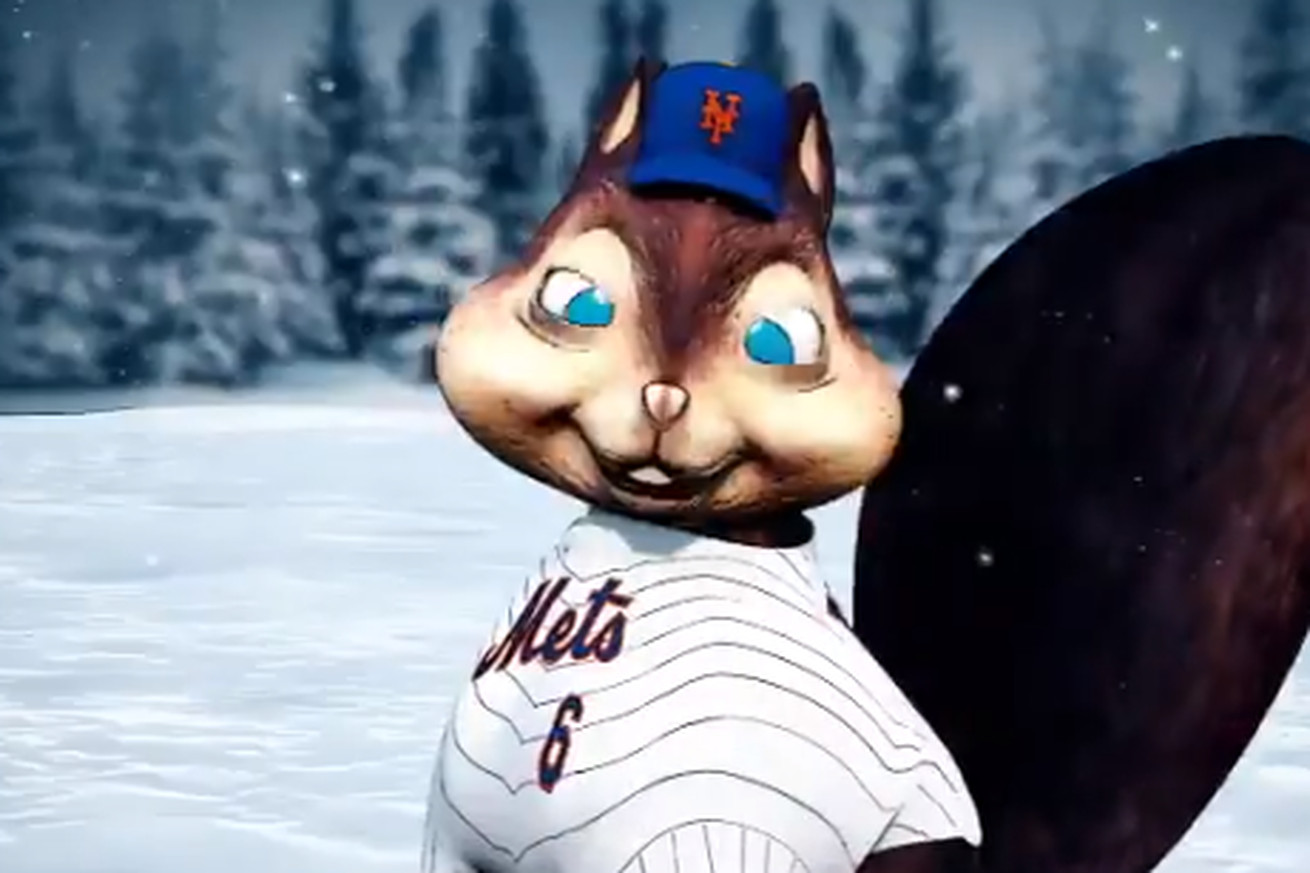 The Mets put out a video wishing everyone a happy holidays and … it’s something.

From our family to yours, happy holidays! ❄️ pic.twitter.com/J7xYaNEh9o

This is like getting socks in video form. Not really what anyone was hoping for, but it’s the though that counts. It’s mostly impressive to think that someone conceived this video, pitched it, it was accepted and made — and during every step in this process nobody was like “what is this even about?”

We open with Jacob deGrom.

At this point I decided this was going to be an MLB skin package for Fortnite. The art style fits, and the timing is right to keep people talking about baseball over the holidays. The perfect blend of pop culture and a “How do you do fellow kids?” quality pervasive in these team-make video packages.

The he pitches to a tree.

This is all fine. I understand people making targets in their backyard to practice sports — it’s how legends were made. That said, I don’t know why whittling an entire catcher into the bark was more effective that, say … a target. That bark whittling alone would have taken house, and this is in the freezing cold. I just don’t think that’s an optimal use of time considering a simple target would have allowed for more pitching time.

But then things got really weird.

This extremely high squirrel runs into the video to retrieve a ball. It’s wearing a Jeff McNeil jersey, which I get — yes, it’s a play off McNeil’s nickname which is squirrel. However, we’ve previously established deGrom as a human, now McNeil is a squirrel.

The only possible answer is a holiday curse which transforms people into their nicknames. McNeill is trapped in a drugged-out squirrel’s body, confused by his surroundings and forced to retrieve baseballs thrown at trees.

I don’t think the Mets know how big a squirrel is.

McNeill pushes the ball and accidentally forms a massive snowball, many times bigger than the squirrel itself.

It then rolls to a stop at the feet of a polar bear, where it’s barely larger than the size of a baseball. When the squirrel arrives the snowball has shrunk.

I don’t think a barely-larger-than-a-baseball snowball is worth freaking out over, but we’ve established the squirrel is on drugs so this checks out.

We’ve now established as canon that this is a place where humans are transformed into their nicknames by the magic of the holiday spirit, or something. Only deGrom was spared, probably because the artist didn’t know how to represent a “deGrominator,” and the murderous robot from the future aesthetic probably ran counter to the Mets’ “fun holiday video” vibe.

The other members of the team were cursed too.

Alonso bear sniffs the snowball, realizes it’s a baseball and decides to hit a dinger — which sails past the rest of the Mets.

Carlos Beltran, Amed Rosario, Michael Conforto, Noah Syndergaard, Robinson Canó, Brandon Nimmo, Marcus Stroman and Steven Matz are all watching from the dugout and cheering — and they’ve all been turned into snowmen.

This is where the magical canon of the Mets video breaks. Up to this point everyone has either been a human, or an animal based on their nickname. Now the rest of the team has simply been transformed into a conglomerate of baseball-loving snow sculptures.

Before I can even begin processing the magic behind what has happened to these poor players the video ends.

Are these players trapped as animals and snowmen forever? Where is the wizard that did all this? Why are they all so happy to be playing pickup snow baseball at a time where their families are excited to have them home? How did Polar Bear Pete Alonso hit the ball from the middle of the woods all the way to Citi Field?

I hope there is a follow up video that explains the extended fiction of the Mets universe.