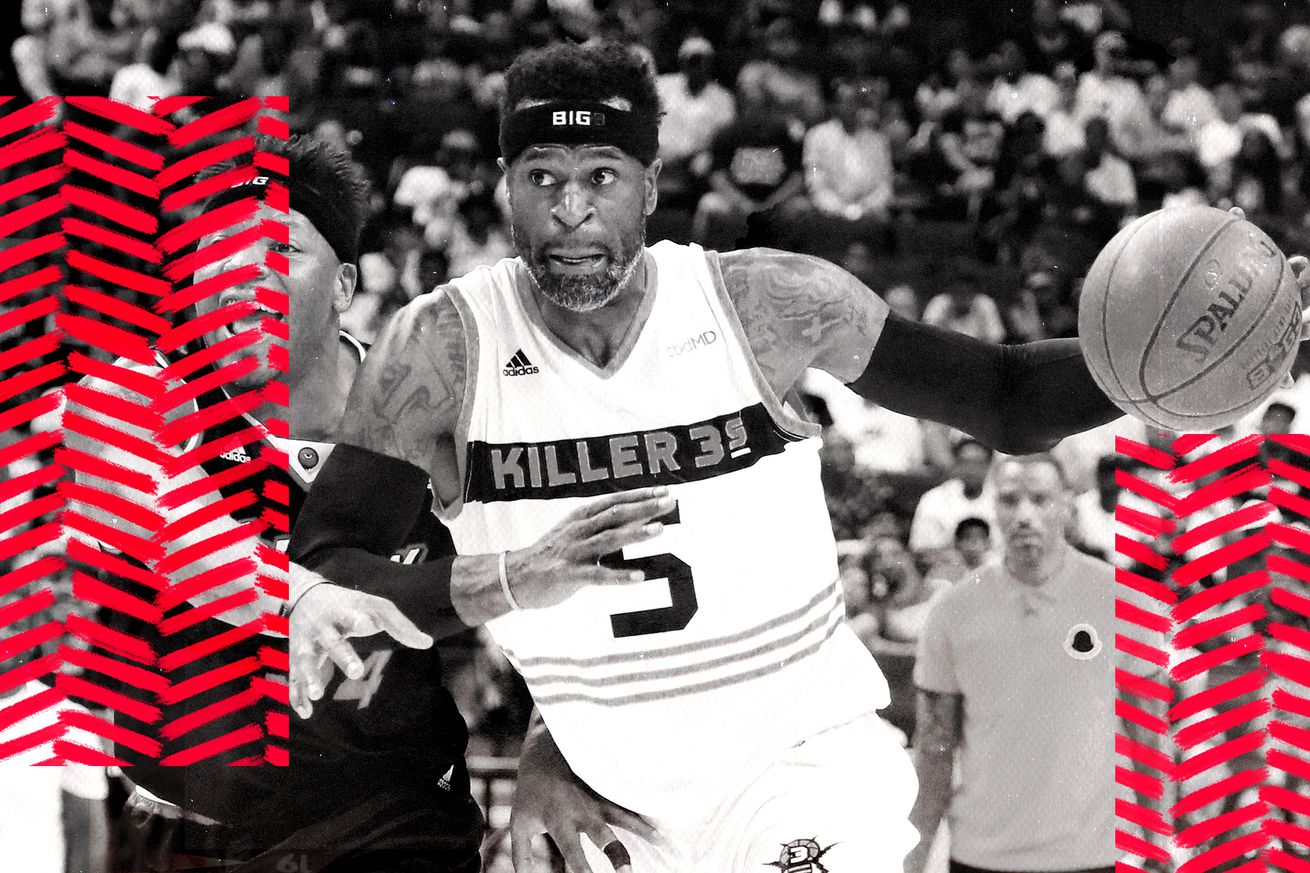 Ice Cube’s fledging 3-on-3 league has the talent and the branding, but does it have a coherent style of play?

The BIG3 basketball league knows what it wants to be. As rapper and BIG3 founder Ice Cube said during a weekly conference call with reporters, the league is meant to complement the NBA, filling the time during a summer with no men’s basketball.

But in talking to players and coaches, that identity is not as obvious as the league thinks it should be in its third season.

The BIG3 is made up of former NBA players who are no longer in the league “for whatever reason,” explained Cube, who was quick to note that doesn’t mean the quality of basketball is worse than the NBA’s. The league targets players the NBA thinks are done and whose careers might otherwise be over. The league age minimum is 27, with Perry Jones III, a former Baylor standout and current member of the Enemies, just over that mark as the youngest player in the league.

C.J. Leslie, a former North Carolina State star and son of WNBA legend Lisa Leslie. “We’ve got guys who are decades in the pros and played in the finals and tough games, but that doesn’t necessarily follow up with this style of the BIG3.“

Bivouac’s coach, two-time NBA All-Star Reggie Theus, said while people think there isn’t a learning curve for new BIG3 players since it’s still basketball, they couldn’t be more wrong. Bivouac — which is one of four expansion teams this season — lost two games because, in his words, they didn’t yet understand “how to win.”

“Coach lets us know, ‘Hey, do this even though that’s not technically the NBA style,’” Leslie admitted.

The league’s unique rules lead to a unique style of play. BIG3 basketball is more physical than the NBA, so referees have to walk a fine line with what they let slide and what calls they make. The “no blood, no foul” mantra of street-ball sometimes reveals itself in BIG3 games, but sometimes they have to blow the whistle.

Those rules were clearly on display in the Barclays Center. As Bivouac and 3 Headed Monsters both neared 50 points in the final game of the day, former Georgia Tech star Will Bynum was fouled while taking a three-pointer. At 47 points, Bynum just needed to drain his four-point free throw to seal the game for Bivouac, which is exactly what he did.

Despite a run by @MChalmers15 and @ReggieEvans30, the 3 Headed Monsters were no match for Will Bynum (@12Thrill), Josh Smith, C.J. Leslie and Bivouac! pic.twitter.com/CN4ZkkrlOL

But while BIG3 basketball may often feel like your average game of pickup hoops at the park, the biggest difference comes the pace of play. In a half-court setting with only six players, there’s less defensive help and more on-ball defense. The game is quick on both sides of the ball, and the transition from offense to defense is fast.

As Drexler said, the basketball IQ and experience the players glean from the pros never go away.

“The NBA tells guys at a certain age that you can’t play anymore because you’re too slow, you can’t jump as high, you can’t run as fast as you once could,” said Kenyon Martin, a former NBA All-Star who played in the BIG3 and now coaches Trilogy. “But you don’t forget how to play basketball. Guys are proving that in this league. Guys are playing at a high level.”

In a way, the different rules, players, and style underscores Ice Cube’s emphasis that the BIG3 is meant to complement the NBA, not compete with it. He still believes there is a place for three-on-three basketball at a high level and an appetite for it from players and fans alike.

“We want people to respect the sport and respect the athletes that we have because they are the best three-on-three players in the world,” he said. “We’re a little cocky with it, but we’ve got Joe Johnson, Stephen Jackson, some of the best players that ever laced up. Champions. We feel like this sport can grow. It should, it’s needed. So why not us?”

But just being a complement to the NBA isn’t enough to maintain a brand identity. The next step for the BIG3 to actually grow the sport and create a larger following for three-on-three basketball, then, is to figure out exactly what kind of sport it’s growing.

2 thoughts on “What kind of basketball does the BIG3 want to be?”