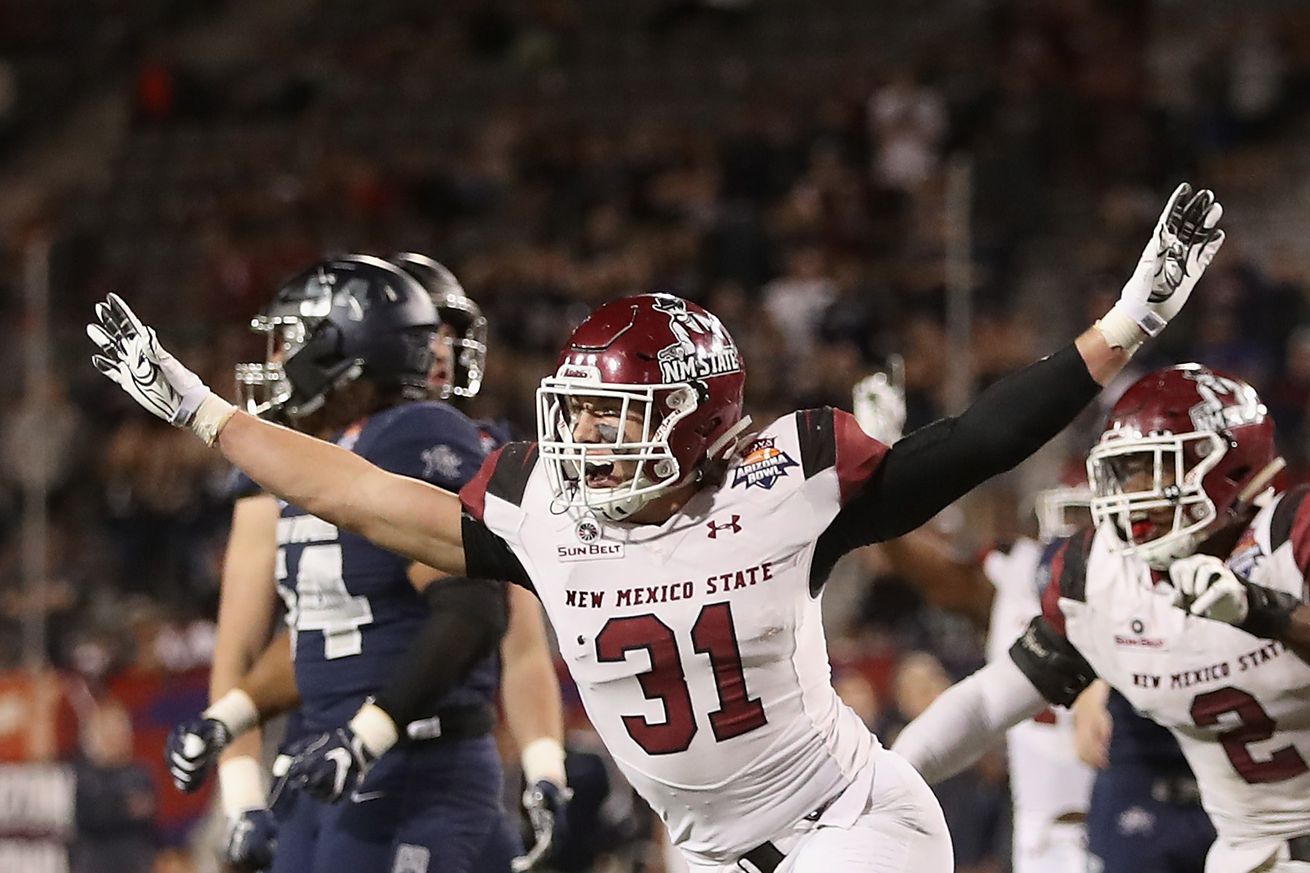 Here, look at this:

Many of those odds are funny. You can bet on Rutgers, Liberty, or Kent State beating Alabama or Ohio State or Clemson in the National Championship! Haha! Donating money to casinos is fun lmao!

That … does not sound like enough of a reward for that risk, unless you have a bad brain that finds comedy in losing money (mine does, fwiw).

It is basically impossible for Akron, Charlotte, Rice, or UTEP to make the Playoff, let alone win it. Undefeated UCF won a pretty good conference and didn’t get particularly close even in a year clogged with three-loss teams — a team in the MAC, Sun Belt, or C-USA might have to win every game by 90 points or something. And these particular teams would be delighted to win some of their games by any points.

So what number would you actually need to see in order to lay a physical bet on one of those teams with the longest odds? A million to one? A billion? More?

I asked Bill Connelly, a smarter person than me, for the odds of New Mexico State actually going undefeated, making the Playoff, and then beating two top-four teams.

Plugging that probability into an odds calculator gives us something like 100,000,000/1, meaning a successful bet of $100 on New Mexico State winning the Playoff would leave you with $10 billion.

That’s much more like it. But is even that enough?

I’d still only lay that bet in order to post a photo of my slip for likes and to make jokes about it as NMSU fell to 0-2 and beyond. Investing in bad ideas that make you laugh is self-care.

What if we tack on a few more zeroes? Would you give a casino $100 just to say a completely impossible event would make you our solar system’s first hundred trillionaire? I think that sounds like a great deal.

An undefeated NMSU’s (minuscule) chances of making the Playoff are a pretty interesting side debate, part of the reason why I chose this team.

We know the committee doesn’t particularly care for non-powers, often ranking them several spots below where the computers and polls have them. And independent NMSU can’t even show off a conference title! That’s the main reason I thought NMSU would be a better pick for this than a team like UConn, which was even worse in 2018, but which at least has a chance to win a decent conference and has some faint media pull.

Of course, the Aggies play Washington State and Alabama this year — beating those teams would be a hell of an argument. But a Power 5 team bad enough to lose to NMSU is probably not going to go on and win 10 games, even if that team’s name is Alabama.

We’re counting on, like, two thirds of Nick Saban’s roster forgetting to even show up for one game, then otherwise playing up to standard.

That settles it. Let’s bet $100 to win $7 trillion once New Mexico State wins the Playoff.

We’re counting entirely on Washington State and Alabama accidentally Transfer Portal-ing their best players to NMSU right at the coin toss. Which planet should we terraform with our winnings??

One thought on “What odds would convince you to bet on a NMSU title?”