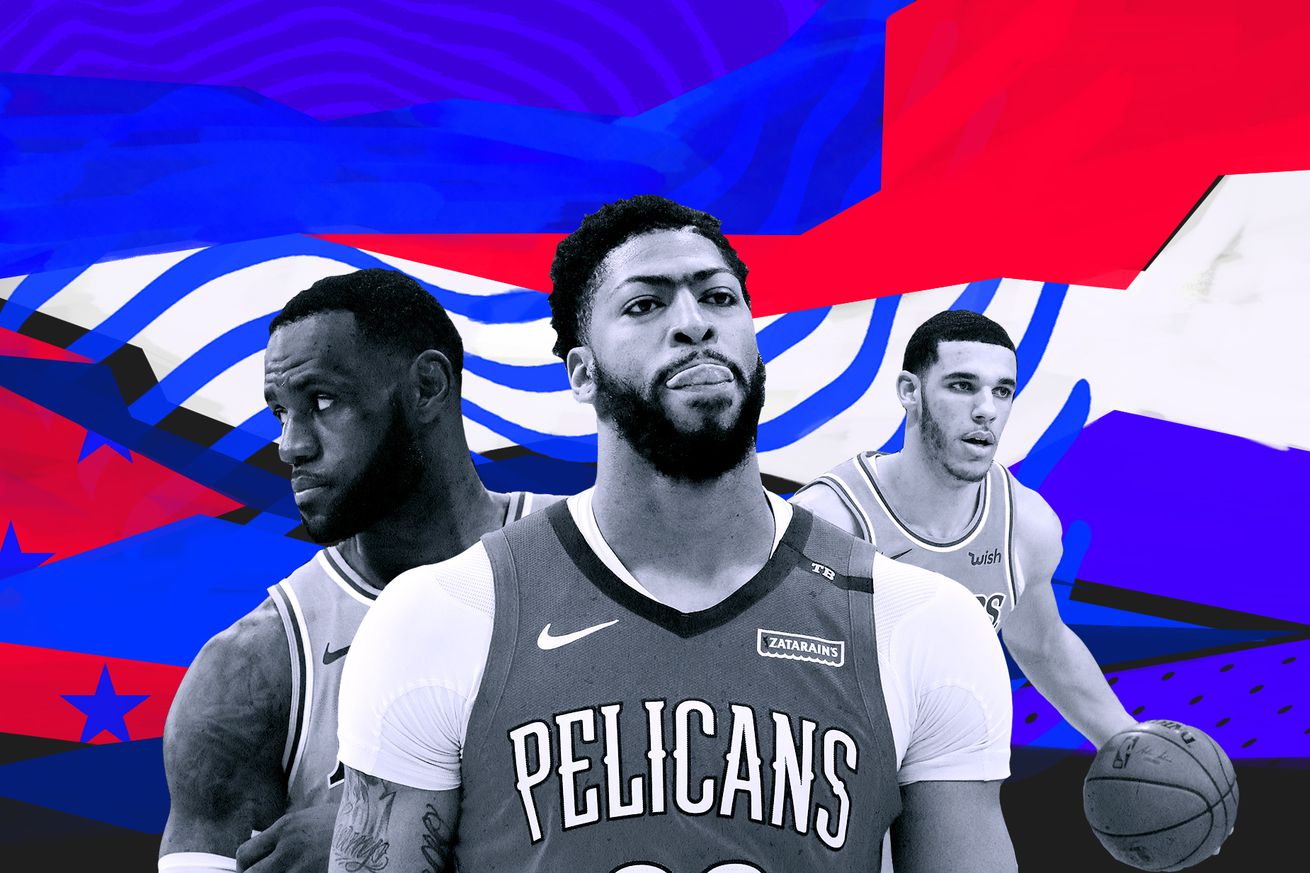 The Lakers hold the keys the 2019 NBA Draft with the fourth pick.

Something finally went right for the Los Angeles Lakers. After a dreadful calendar year defined by missing the playoffs, the abrupt exit of Magic Johnson, a twice-botched coaching search, and some bizarre LeBron James rumors, the Lakers left Tuesday night’s draft lottery as one of the biggest winners.

Los Angeles jumped up from No. 11 to No. 4, something it only had a 2.8 percent chance to do. The fourth pick always felt like the spot where this draft was destined to get interesting, and now it feels really interesting with the Lakers holding the keys.

It remains a mystery who’s actually calling the shots for Jeanie Buss’ team right now. Whoever has the final say will find themselves with plenty of options and no easy answers as the draft approaches. This is what’s going to be on the table for L.A. with the fourth pick.

Anthony Davis as their preferred target. The calculus of a Davis trade changed dramatically with the Pelicans winning the lottery. We know New Orleans’ previous regime already said no to a Lakers package centered around, well, every talented young player on the roster. Will new GM David Griffin accept a similar package?

If the Lakers can’t get Davis, expect them to dangle the pick for another star-level player as long as LeBron is on the roster. That is, unless they try to trade LeBron, too.

The Lakers can expect Zion Williamson, Ja Morant, and R.J. Barrett to be off the board when they come on the clock at No. 4 overall. If the Lakers keep the selection, these are their most likely options:

LeBron James and Lonzo Ball. Garland’s shooting ability would be greatly beneficial for a team that finished No. 17 in three-point attempts per game this season and second-to-last in three-point percentage (33.3 percent). Garland is also represented by Klutch Sports, the agency run by James’ close friend Rich Paul. Does that make the Lakers more likely or less likely to take him?

Garland still has his question marks. Do the Lakers really want to take another point guard and essentially move Ball to the two? How much faith do they have in Garland after he only played five college games before tearing his meniscus? His lack of size (6’2) and elite athleticism will be concern, as well.

Brandon Ingram and a shooter who can play off James and Ball.

The only problem is that Reddish has always been better as a theoretical player than an actual one. His season at Duke was a major disappointment as he struggled to find his place next to teammates R.J. Barrett and Zion Williamson. He failed to score efficiently inside the arc and was exposed as a below-average athlete by NBA standards. Nothing about Reddish’s lone college season suggests he should be the No. 4 pick, but his raw talent might be too much to pass up.

If the Lakers are looking for a defensive-oriented wing, they’ll have two good options on the table in Virginia’s De’Andre Hunter and Texas Tech’s Jarrett Culver.

Hunter is bigger, stronger, and longer at 6’7, 220 pounds, with a 7’1 wingspan. He’s also the superior three-point shooter (43 percent this past season) and the better point of attack defender. Culver is the superior offensive creator, offering the type of potential as an offensive initiator Hunter can’t touch while also being a fine defensive prospect in his own right.

These two squared off in the national championship game, with Hunter getting the better of Culver. It doesn’t feel like either player has star upside, though both would be another solid piece to the Lakers’ young core.

What will the Lakers do?

It’s impossible to project what the Lakers are thinking right now because no one even knows who’s making the decisions within the front office. Expect the Lakers to try to shop the pick in a deal for Davis, and expect the Pelicans to find a more compelling deal elsewhere. Is there another disgruntled superstar the Lakers can turn their attention to on the trade market should they be rebuffed by New Orleans?

With so much turmoil within the organization, the easiest thing for the Lakers to do would be keeping the pick. Our prediction? Darius Garland. The Vandy product may not be a savior, but he’d give the Lakers some much-needed shooting and ball handling in the backcourt.

One thought on “What the Lakers do with the No. 4 pick will shape the entire NBA Draft”