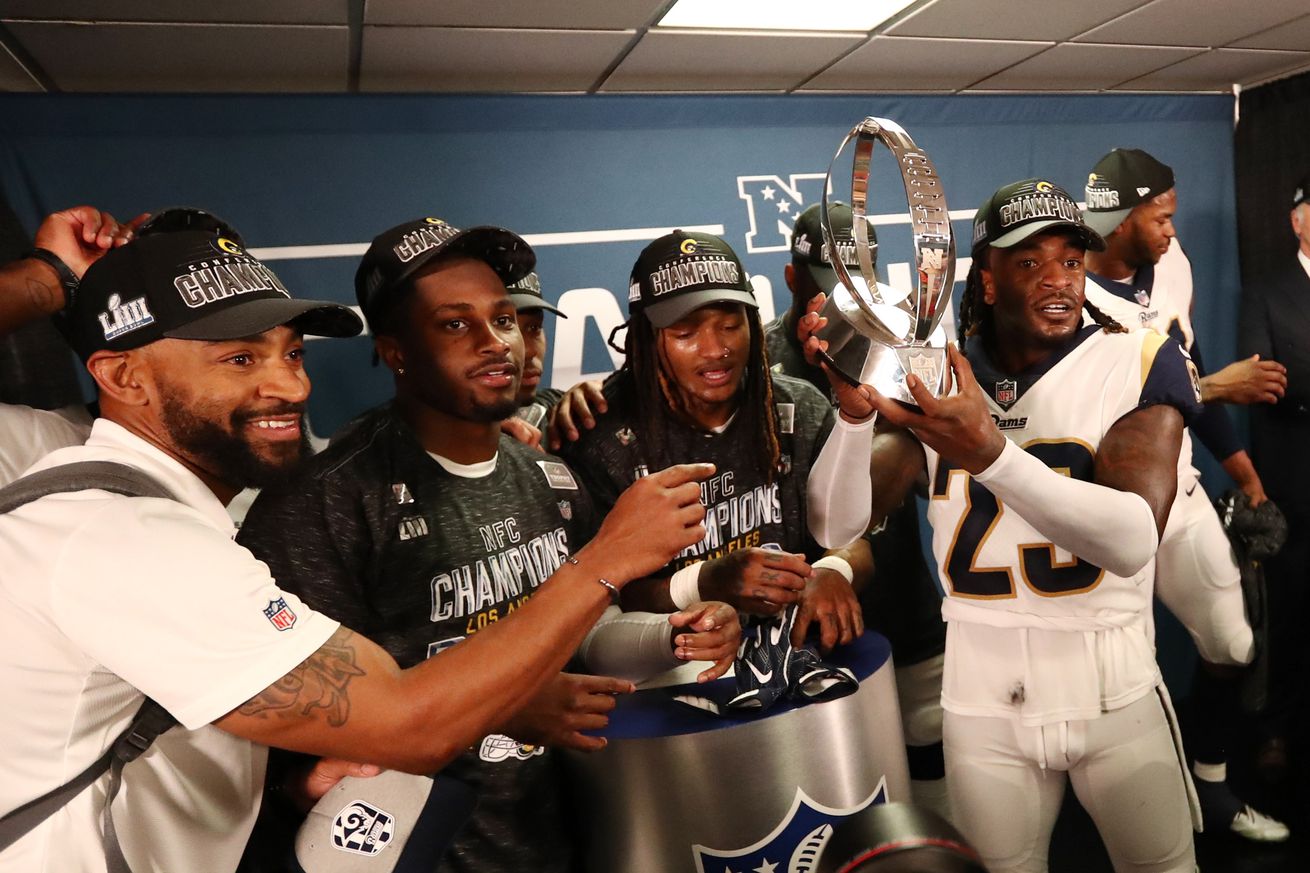 The biggest game of the year is just two weeks away.

The battle for the Vince Lombardi Trophy in 2019 will feature a familiar face against a team making their first Super Bowl appearance in 17 years. It’s the Los Angeles Rams and New England Patriots in Super Bowl LIII in Atlanta.

Tom Brady and Bill Belichick are headed to their ninth Super Bowl as a group, and their third in a row. That first trip for this New England era came in 2002, when they beat the Rams.

Those Rams were in St. Louis, but now are back in Los Angeles, with the second-best offense in the NFL by scoring and yardage under coach Sean McVay, Jared Goff and the gang. The Patriots made it to the Super Bowl by beating the NFL’s top offense, the Kansas City Chiefs, in the AFC Championship Game.

The Super Bowl will take place Feb. 3 from Mercedes-Benz Stadium in Atlanta. While it will be the first time the Falcons’ new venue has hosted the big game, it’s far from the first time the denizens of Georgia’s capital have hosted America’s favorite championship game. This year’s Super Bowl marks the third time the contest has been held in Atlanta — the other two coming in 1994 and 2000.

That 2000 Super Bowl may be one of the most memorable NFL championship games in league history. Kevin Dyson’s potential game-tying touchdown catch was stopped just a half-yard short as Mike Jones (who?) made a title-clinching tackle to deliver the Rams their first (and only) Super Bowl victory.

With the (now Los Angeles) Rams back in the Super Bowl, Atlanta could be the backdrop of another blue and gold triumph. Here’s how you can watch, no matter who winds up in the NFL’s season finale.

How to watch Super Bowl 53