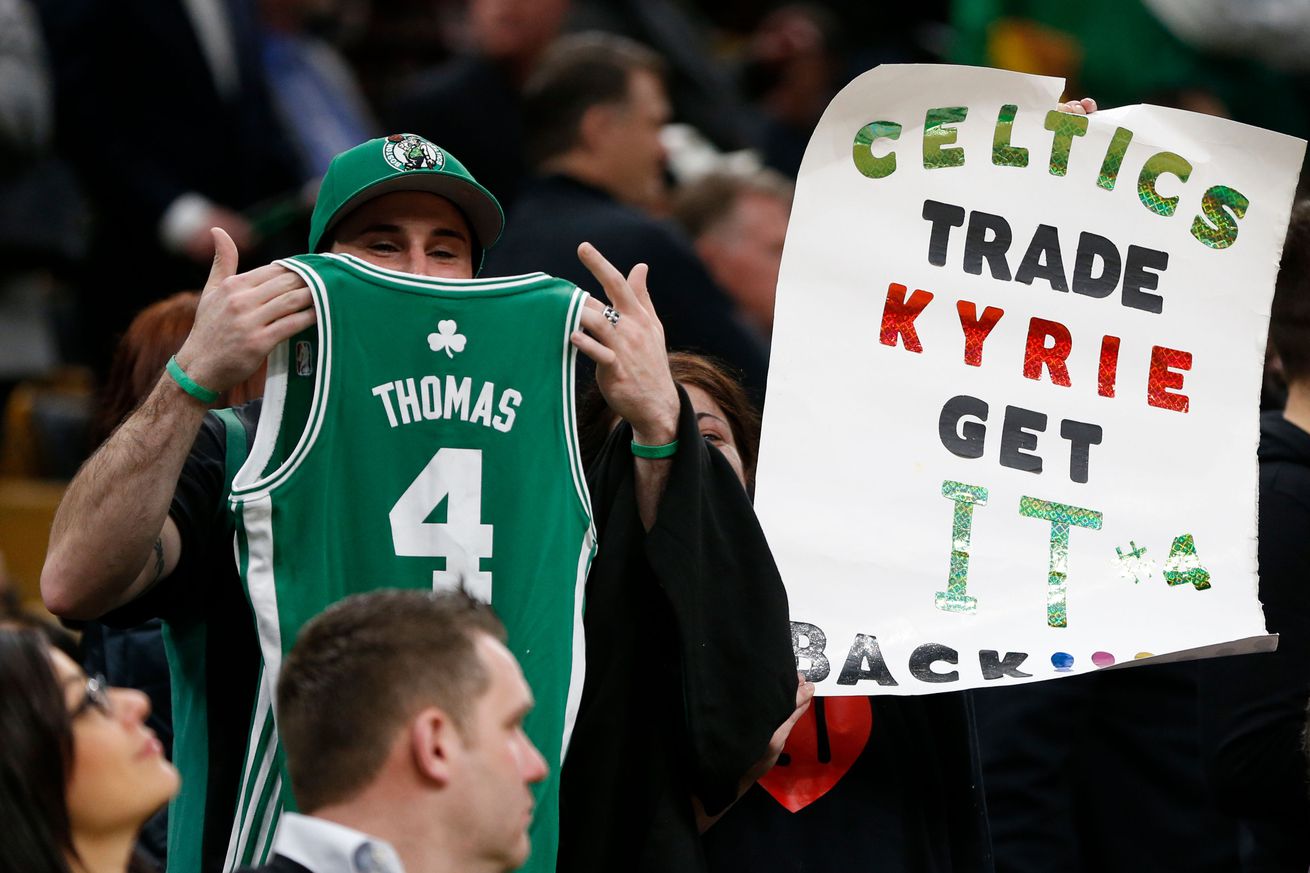 We’re pro-booing at SB Nation, but only in certain situations. Here are those acceptable circumstances next season.

We at SB Nation believe NBA fans are allowed to express their frustration in the form of booing certain league figures. We also believe booing is an activity that must be practiced in moderation, under very specific circumstances that justify the behavior. That’s why Tom Ziller wrote the definitive guide to NBA booing last January.

With the 2019-20 NBA schedule now officially out, you’re probably wondering when those very specific circumstances apply this year. Using Ziller’s classification, here is SB Nation’s definitive guide to when booing is acceptable at an NBA game this season — as well as circumstances where booing may occur, but shouldn’t.

(An important caveat: while we are pro-booing in the right circumstances, we absolutely do not condone directing abusive, sexist, and/or racist language toward players, coaches, or other NBA figures. When we use the term “booing”, we mean it literally).

These are the first return games for three marquee stars who forced their way out of teams in the last calendar year. Two of the three left via trade demands — Anthony Davis rather publicly, and Paul George quietly.

The third is Kyrie Irving, who didn’t technically demand a trade, but belongs in this conversation due to extenuating circumstances. Normally, we do not approve of booing players who fulfilled their contractual obligations and then left as a free agent, but Irving is an exception. Reneging on a pledge to stay and then destabilizing a promising young team with awkward leadership attempts, cryptic quotes, and confusing messages is akin to actually requesting a trade.

It’s fair to say that Kristaps Porzingis demanded to leave the Knicks last winter, whether via trade or by signing a qualifying offer to hasten his departure in free agency. Under normal circumstances, that’d give Knicks fans license for booing in his return game.

But this is also a case where Porzingis had good reason to leave, given the Knicks’ dysfunction. Under those circumstances, it’s acceptable to moderate the booing, as Ziller wrote:

You can boo them, but a civilized fandom would do it only halfheartedly and only doing introductions or the player’s first entrance into the game.

76ers still rivals? Historically, yes, but the case is flimsier right now. Are the Rockets and Warriors considered rivals? I guess, but the Warriors always win in the playoffs. Will the Kings and Warriors rekindle the Northern California battle? Probably too soon on that one. Are the Bucks and 76ers now rivals? Probably not yet, but keep an eye out. Nets-Knicks … maybe? Jazz-Rockets? Lakers-Celtics? Some combination of teams we’re forgetting?

We’re willing to consider adding more games to this category, but for now, we’ll be conservative.

You may recall Terry Rozier’s honesty about his messy time with the Celtics last year, most notably when he essentially confirmed his own departure in a First Take interview just after Boston’s season ended.

If the Celtics don’t make any roster changes this offseason, would @T_Rozzay3 want to keep playing in Boston?

The Celtics are better off with Kemba Walker anyway, but we could understand them booing Rozier for this one game. He had some reason to be upset, but some of his critiques don’t seem fair.

As Ziller noted, booing noted instigators is OK because it can make the game more fun.

Who does this apply to? Green and Rondo are obvious. Smart and Beverley seem like locks, too. You could sell us on Joakim Noah, and Joel Embiid, though the latter has the game to shut you up. We could mayyybe see the case for Kyle Lowry, Chris Paul, Russell Westbrook, or even James Harden under certain circumstances. Surely there’s someone we’re forgetting.

But at a minimum, this provision means it’s fine to boo (in good fun) at every road Clippers, Warriors, Celtics, and Lakers games.

Booing is acceptable, but a really bad idea

We’re fine if Thunder fans want to boo Damian Lillard after the dagger he hit to knock them out of last year’s playoffs, but we’re also not saying it’s a good idea. Same goes for Stephen Curry in Houston, and Kawhi Leonard when he plays the 76ers.

During this year’s free agency moratorium, Marcus Morris verbally agreed to sign with the San Antonio Spurs. To free up playing time for him, the Spurs traded forward Davis Bertans to Washington while taking no salary back. But before putting pen to paper, Morris changed his mind, accepting a one-year, $15 million offer from the Knicks. That left San Antonio in the lurch, without Morris and without a quality rotation player to play the minutes he was supposed to play.

There’s nothing illegal about Morris reneging on an agreement, but we’d understand if Spurs fans boo Morris for doing something that’s not cool.

We put this provision in for Sixers-Jazz games after the memetastic 2018 Rookie of the Year debate between Ben Simmons and Donovan Mitchell.

That said, it also arguably applies to Rockets-Thunder games because of the 2017 MVP debate involving Russell Westbrook and James … oh, I see. That’s awkward.

Boo during introductions, but that’s it

These are the second returns to the old arena following a trade demand or a messy free-agency departure. Jimmy Butler, Kawhi Leonard, and Gordon Hayward made high-profile appearances against their old teams last season, while the other three are the second “return” games on the schedule for players who left their old teams this summer. Here’s how Ziller suggests they be handled:

Do not make booing this player a habit. If you booed effectively the first time, you got your point across. You may boo during introductions or upon the player’s first entrance, but continuing to boo all game is overkill.

Don’t boo them. Cheer them

These nine players all left in free agency or via a trade that wasn’t of their choosing, so booing them would be ridiculous. If anything, these fanbases should loudly cheer their returning player.

Some of these are trickier cases than others. Should Horford catch any grief for surprising the Celtics and opting out to join their historic rivals? Probably not but we’re willing to listen. Butler may not deserve cheers or boos from Sixers fans, and he was barely there anyway. The Kawhi Leonard situation in Toronto is also complicated, but winning a title should be the trump card.

They’re gonna boo for this reason, and it’s gonna be silly

We chastised Lakers fans for booing Paul George because he didn’t choose to sign with the Lakers in free agency, and similar logic applies here. We know you will, Lakers fans, but please don’t boo Kawhi Leonard for choosing to sign with the other LA team. If you must boo anyone, boo all those “reporters” who made it seem like he would when they had bad information.

Boo the Clippers as a whole for being your rival, but don’t let Kawhi catch those strays unnecessarily.