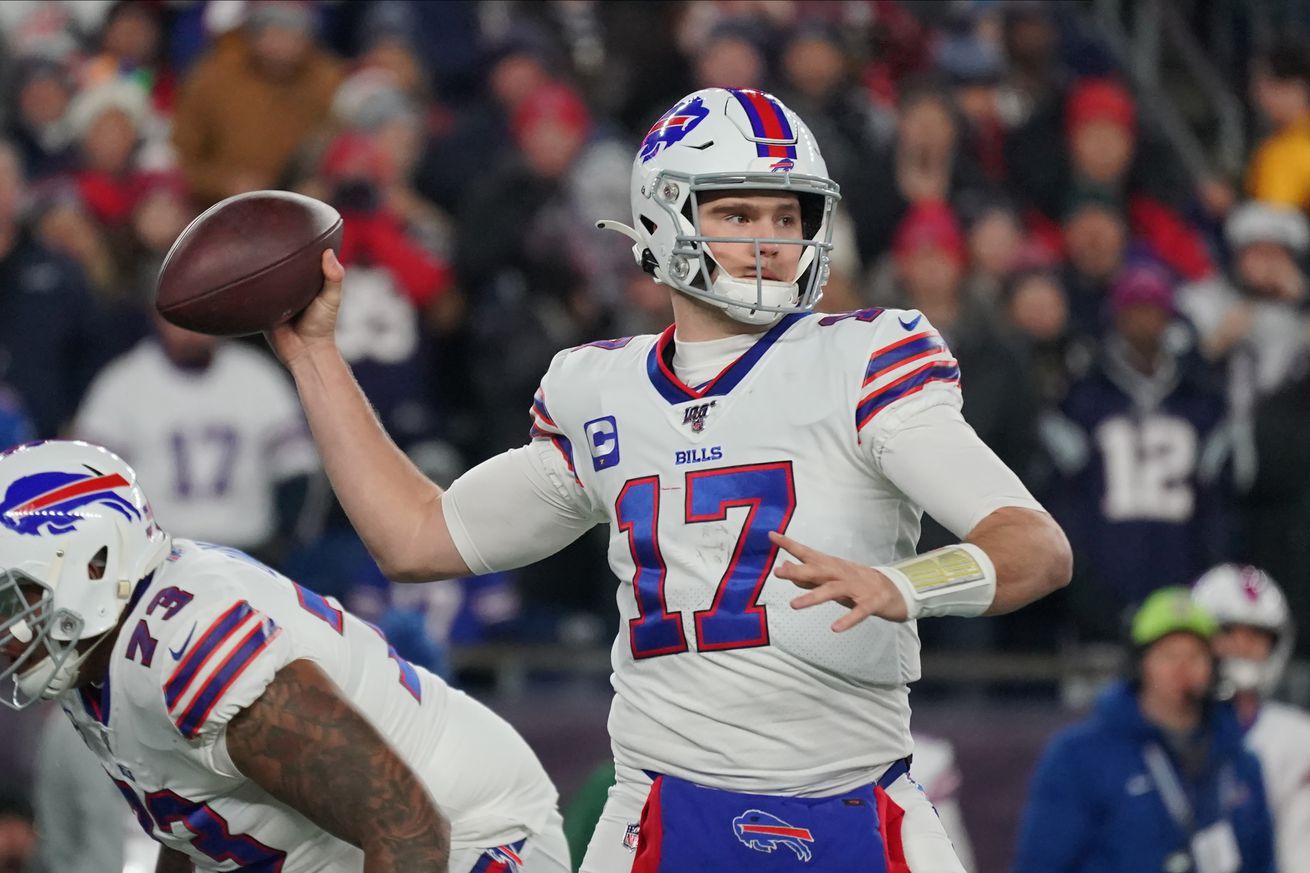 The Bills built a lead on the arm of Josh Allen and that lead disappeared when he couldn’t keep it up.

Maybe one day the Bills’ Josh Allen will develop into an efficient quarterback who picks apart defenses with lengthy, ball-control drives. That’s certainly not who he is right now, though.

Allen completes 58.8 percent of his passes, the lowest of any NFL starter. His 85.6 passer rating ranks just outside the top 20. What Allen can do is make plays with his legs and hurl a football really far. For defense-oriented Buffalo, that’s usually all it takes.

It’s how the Bills earned a lead against the Patriots in Week 16. And when Allen stopped making those same plays, the Patriots came back and won, 24-17.

That loss wasn’t devastating for the Bills, who already clinched a spot in the postseason in Week 15. But it was further proof that Buffalo’s chances in the playoffs will live or die on the arm of Allen.

How Josh Allen built a lead vs. the Patriots

After struggling to do much against New England in the first half, Allen caught fire in the final minute of the second quarter. He got the Bills into Patriots territory with a 16-yard rush, immediately followed by a 33-yard dime to tight end Dawson Knox.

After review, Knox is down at the one. #GoBills

That connection with Knox set up a 1-yard touchdown pass to Dion Dawkins with one second left in the half. Allen carried that momentum into the second half and found John Brown on a 53-yard bomb to give the Bills a 17-10 lead in the third quarter.

The @BuffaloBills take the lead!@JoshAllenQB finds John Brown for the DEEP TD ‍♂️

That’s the kind of throw that made Allen a top-10 pick in the 2018 NFL Draft. But when he wasn’t able to make them for a long stretch, it opened the door for the Patriots to come roaring back.

How the Bills’ lead disappeared

Allen didn’t have a poor game by any stretch. After entering Saturday with a 38.9 career passer rating against the Patriots, he shucked the trend and had a good day. Allen finished 13-of-26 passing with 208 yards, two touchdowns, and no interceptions. He avoided mistakes and made several big plays against a tough defense.

He just missed the opportunities he had late in the game to keep the pedal down.

While his legs gave the Bills a chance in the final minutes of the game — particularly when he converted a fourth down in Patriots territory — Allen didn’t connect on throwing windows that opened down the field.

He looked for Brown on another deep ball, but sailed it over his head. Allen tried twice to connect with Knox in the end zone and barely missed both times. Against a defense as good as the Patriots’, those openings are few and far between.

The 24-17 loss to the Patriots was a frustrating miss for the Bills, who were the closest they’ve been to winning the AFC East in two decades. But it was also a warning to the rest of the NFL.

Allen is plenty capable of creating chunks plays and putting points on the scoreboard in a hurry. At the same time, his cold streaks could be the Achilles’ heel that knocks the Bills from the playoffs.