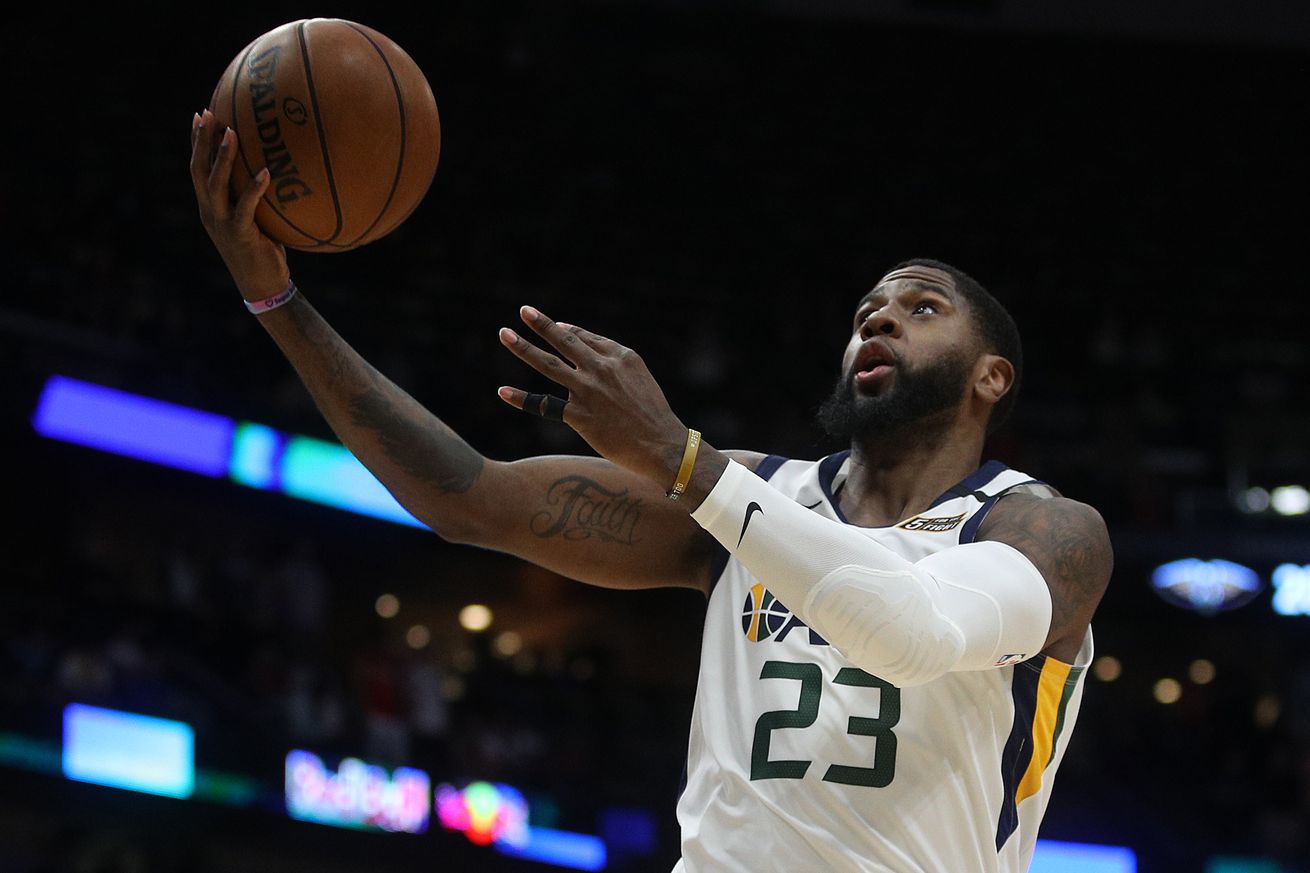 Utah committed to O’Neale with big dollars to keep him out of free agency this summer. The real pressure point is a couple of years down the road.

The Utah Jazz gave defensive role player Royce O’Neale a four-year, $36 million extension. O’Neale is a third-year wing who signed with the Jazz out of Summer League in 2017 after going undrafted out of Baylor and playing two seasons in Europe. He’s a good shooter who doesn’t shoot much. His primary job is to guard the opposing team’s best wing. He’s quite good at it, teaming with Rudy Gobert and the rest of the squad to present one of the most consistent, consistently great defenses in the league.

That’s definitely worth paying to keep around, and the Jazz sure did pay for it.

What’s interesting is that this won’t actually matter for Utah’s salary cap sheet all that much this summer. Mike Conley has a $34 million early termination option — there’s no chance he opts out. So the Jazz’s cap space is cooked anyways, and they aren’t particularly close to the luxury tax threshold even with O’Neale’s big deal. This is probably about what the Jazz would have had to pay to keep O’Neale in a disastrously shallow free agency market, and by locking him up now you remove the risk that someone else Solomon Hills in and overpays.

Conley will be off the books by then, unless the Jazz work out a Spursian opt-out-and-extend type deal with him this summer. The key factors, though, will be that 2021 is the summer Donovan Mitchell gets paid. (He’ll probably sign a max extension with the Jazz this summer, and it would go into effect in 2021-22.) It’ll be up around $27 million annually, depending on where the salary cap comes in. Rudy Gobert will also be due a new contract. (That too might get negotiated this summer.) He should be up at the 30 percent maximum, or about $34 million annually.

Joe Ingles and Bojan Bogdanovic will make a combined $32.7 million that season. Adding in O’Neale’s deal, we’re at upwards of $45 million. Put in Gobert and Mitchell, and you’re approaching $110 million, for five players.

It’s feasible that Jazz could do that and slip under the luxury tax threshold without moving one of the big contracts. But it’s also feasible that the Jazz flirt with that threshold in 2021-22 and have their hands tied replacing a 34-year-old Ingles when his contract expires that following year. Bgdanovic’s deal goes through 2022-23.

Timing is everything with these big contracts, and the Jazz shot their shot by trading for Conley (whose massive deal expires before the price on Mitchell and Gobert goes up) and signing Bogdanovic. The O’Neale deal is in a way superfluous until the point at which building a good supporting cast of veterans around Mitchell and Gobert becomes extremely difficult due to their high salaries. At that point, all bets are off anyways, right?

Meanwhile, what a great story O’Neale has been. The Texan spent two years at the University of Denver, transferred to Baylor when his grandfather got ill, showed himself to be a quick study and hard worker in Europe and in a couple of Summer League stints, and built a legitimate NBA career for himself.

That it was possible for a player like O’Neale to get a contract like this says a lot about how hard O’Neale has worked, how smart the Jazz are in team-building, and what an amazing opportunity the NBA and its players’ union have created for non-star players by building a “middle class” of NBA players instead of keeping all of the salary for the high-end stars.