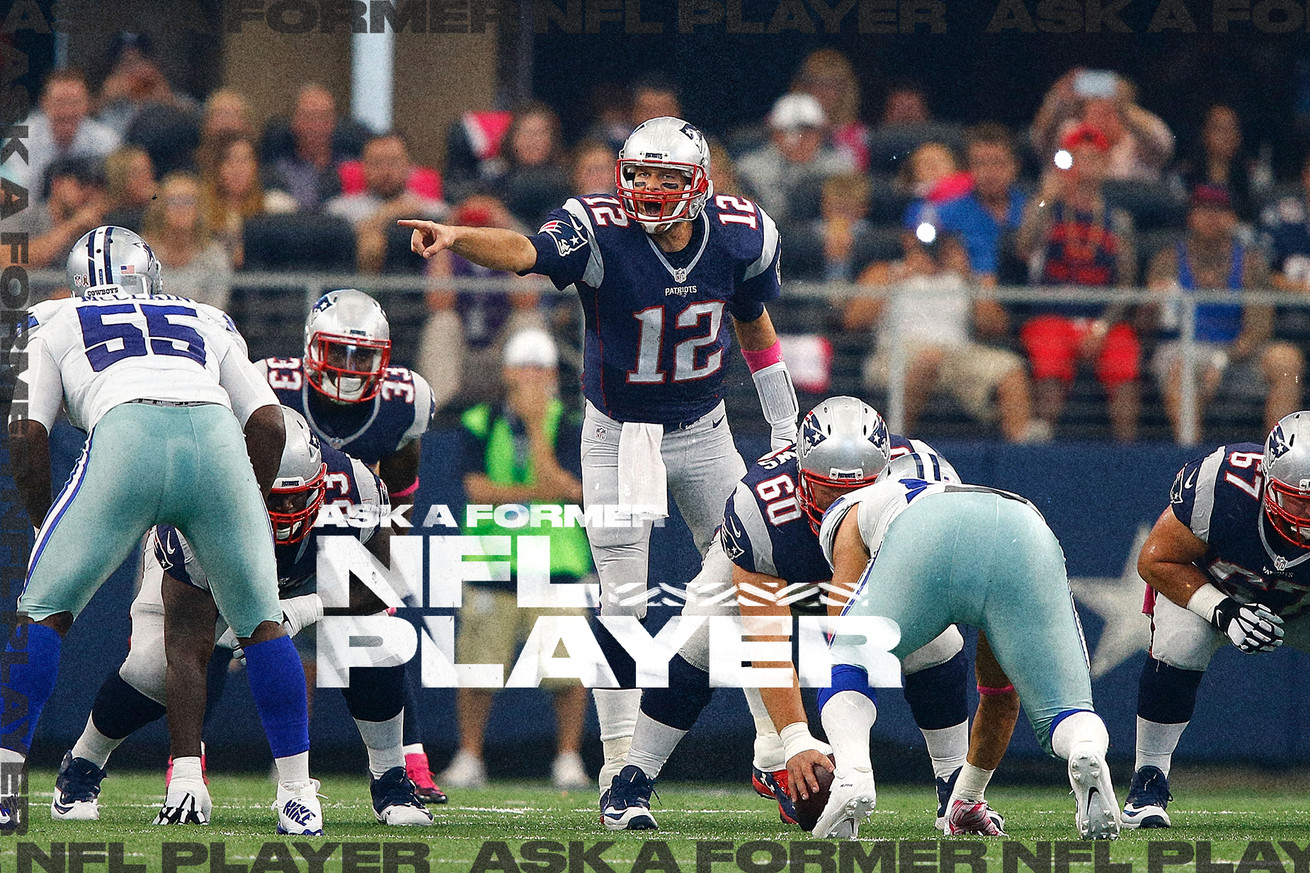 The Cowboys will play the Patriots on the road in a pivotal Week 12 matchup.

In this week’s mailbag, Geoff Schwartz compares the Cowboys and Patriots, ponders Philip Rivers’ future, and shares some optimism about the Chiefs.

It’s time for the Week 12 mailbag as we head into a huge weekend of football. The Texans took control of the AFC South Thursday night in their close victory over the Colts. This weekend, we have matchups that can help determine playoff seeding, from the 49ers-Packers game to the Ravens-Rams Monday Night Football matchup. Lastly, we have the Patriots at home against the Cowboys.

Before we start there, a quick reminder: You can always holler if you have a question for me on Twitter or Instagram.

Be honest with me: The Cowboys don’t have a good chance of winning in Foxborough, do they? — @BillyW37

The Patriots are almost touchdown favorites for one reason only: Bill Belichick vs. Jason Garrett. Where else are the Patriots much better than the Cowboys? Maybe secondary. Otherwise, the Cowboys are better right now at QB (yes, really), RB, OL, TE, DL, LB, and special teams. But the huge mismatch is in coaching, and that’s why I think the Patriots will win this game and probably cover.

Look at the Cowboys this season against quality opponents. They lost, 12-10, to the Saints, who played with a backup QB. They were down, 31-3, to the Packers at home before making the score more respectable at the end. They lost to the Vikings at home. The Cowboys have been slow starters and if you do that in New England, you will get blown out.

Lastly, Tom Brady is grumpy about his offense. When that happens, I expect the Patriots to have a “get right” game against this Cowboys defense, who couldn’t stop a backup Lions quarterback last week.

How much did the field in Mexico play a part in slowing down the Chiefs’ offense? —@Countryboi567

Not at all. I think the Chiefs’ offense is just in a funk right now. They’ve had injuries on the offensive line and finally got their entire unit back for the first time since Week 2 in Mexico.

That unit should finally start jelling, which should help Kansas City run the ball more efficiently. The last two seasons, the Chiefs finished fourth and fifth in rushing efficiency, and this season they are 17th. They need to be better in this department to take pressure off Patrick Mahomes.

Even before Mahomes was injured this season, he was just a tad off from last year, which is wild because he was on pace to set the single-season passing yards record. Mahomes didn’t look as comfortable in the pocket this year as he was last season. He was drifting and not setting his feet when he had the chance. Then, he started to get beat up, his line wasn’t playing well with backups, and his mechanics got worse.

Now the Chiefs have a bye week and can reset their minds and bodies. Their schedule after the bye is fairly easy outside of visiting New England. They have three division games at home and will be on the way to winning the AFC West.

Rumors have been saying Philip Rivers would love to go to Nashville, according Matt Miller. Do you think he would fit with the Titans? Or do Titans still go look for a QB in the draft? — @RyderCarey

Philip Rivers didn’t even move this family to Los Angeles when his team moved 100 miles north. So how willingly would Rivers be to move to Nashville with the whole gang? Beyond the family stuff, Rivers is shot. The Titans do not need an aging quarterback who can’t move and struggles to throw. They need to build around a young player who can eject some life in the program.

Do I think Rivers is done in Los Angeles? Yes. The Chargers need some new blood at that position heading into their new stadium. They need someone to call their own and to build around moving forward. Luckily, there are plenty of options in the draft.

Can you explain the benefits of the clapping snap count as opposed to a vocal snap count? —@Johnny_Squish

Supposedly, it’s easier to hear than a vocal cadence, but I think it’s stupid. Part of the reason we have a snap count is to give the offensive line the benefit of getting a head start on when the snap is coming. Even if you’re in silent mode, the center moves his head to give the tackles a heads up for when the ball is being snapped. With the clap cadence, all of that is lost.