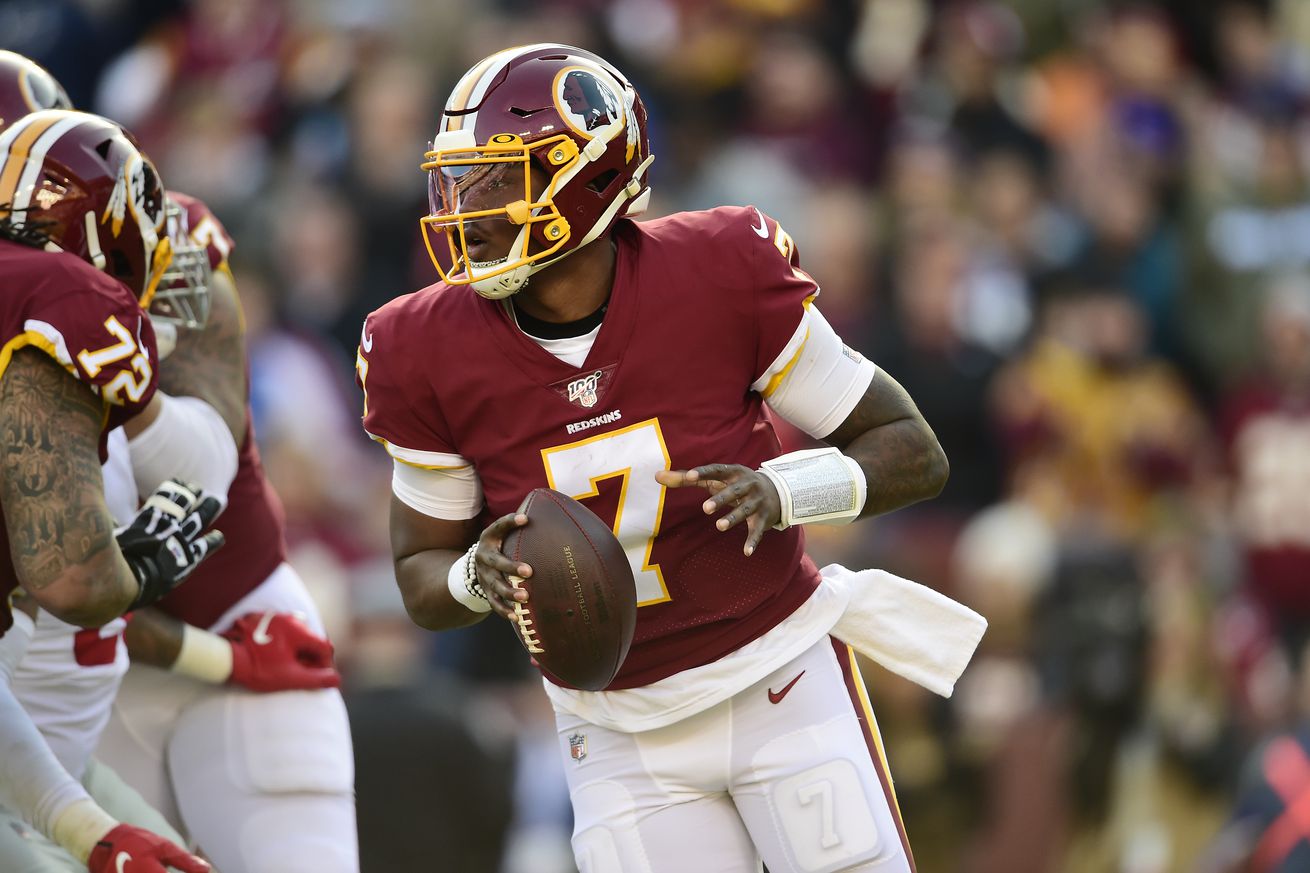 In just the last couple years, teams have shown a willingness to ditch their quarterback. This offseason, a few young starters have already been subject of those rumors.

The NFL is evolving. The league is embracing new ways to do business, break down film, and prepare for games. Teams are hiring entire analytical departments. But the biggest change in the NFL is how teams value the quarterbacks they’ve drafted.

The quarterback position is the most important in all sports. You can’t win a Super Bowl in the NFL without an elite quarterback. Your team can’t even sniff the Super Bowl without an above-average quarterback. For about 97 of the first 100 NFL seasons, if you drafted a quarterback in the first round, you were sticking with him until the wheels fell off. There were many reasons for this, but two stick out. The first is you’ve invested plenty of resources in drafting a quarterback.

The second is ego. Your guy will eventually turn it around! No way you drafted the wrong guy! He can be fixed by a different coach! It’s difficult and embarrassing to have to admit to your owner that you picked a dud. It’s better to sell hope, like “I can see the improvement” or “next season will be better.”

Everything has changed now, and we continue to see it in how teams approach free agency and the draft.

NFL teams are more willing to move on from their QBs

I did not foresee this happening even three years ago. It started with the Chiefs. Alex Smith signed with Kansas City in 2013. He promptly took a two-win team to 11 wins and a wild card berth. Then for three straight years, the Chiefs made the playoffs. Smith was 50-26 as a Chiefs starter.

In 2017, they drafted Patrick Mahomes, and while he sat for a full season behind Smith, the Chiefs were willing to drop Smith, even with Mahomes being untested. I understand Mahomes has been all-world, but at the time, we didn’t see teams making these moves. The closest could be Brett Favre and Aaron Rodgers, but Rodgers had to wait three seasons before getting the gig. This was done after one.

In 2018, the Arizona Cardinals spent the 10th pick in the draft on quarterback Josh Rosen from UCLA. His rookie season was a disaster and the Cardinals fired head coach Steve Wilks after one season.

It was remarkable what the Cardinals did. General manager Steve Keim scouted Rosen. He convinced the owner of the team to invest in Rosen and have him be the future face of the franchise. And one year later, boom, he was gone. It was game-changing and I think it was the right decision. Murray fit the system Kingsbury wanted to run. That appears to be a positive trend in the NFL: Front offices matching up quarterbacks to what the coach wants out of their quarterback.

So how does the NFL’s changing attitude about quarterbacks play into this new league year?

4 quarterbacks who could be dumped next

Let’s start in free agency and the rumors we have heard. These moves might not happen, but they are actually being discussed out in the open.

Derek Carr and the Raiders

Last season, Carr ranked about 10th in the NFL among quarterbacks, per the advanced stats. He improved a second season under Jon Gruden, but the relationship has never seemed to work. Many believe if Murray had dropped to No. 4 in last year’s draft, the Raiders were going to snag him.

Now, rumors continue about Gruden looking to upgrade from Carr this offseason, whether in the draft or targeting Tom Brady.

Chance it happens: I’d put the Raiders wanting to move on from Carr at a 10 out of 10. The fit between him and Gruden never made sense. Their personalities are too different, and watching them attempt to interact on Hard Knocks was painful.

I don’t think the Raiders will lure Brady to Vegas, and if they go the free agent route, it’ll probably be bringing in a backup who could compete with Carr, like Marcus Mariota. I also think it’s unlikely the Raiders draft a replacement for Carr in the spot they are currently in. They could trade up, or if a quarterback they were intrigued by fell to No. 12 — such as Jordan Love — they might pull the trigger. I think there’s a 2 out of 10 chance they ditch Carr this offseason.

Jimmy Garoppolo and the 49ers

Hundreds of miles from Vegas, rumors have swirled about Brady coming to the 49ers. While I believe this rumor was started by Brady’s camp, it has not been refuted by the 49ers, like it should be if the Niners are not at all open to the idea.

Garoppolo just led them to the Super Bowl and was mere minutes away from winning the whole thing. Beyond Brady, there’s even talk about Kyle Shanahan going after Kirk Cousins one year from now. One year away and the rumors are already starting! Cousins is a favorite of Shanahan, who coached him in Washington.

Chance it happens: There’s way more merit to the “Cousins to San Francisco in 2021” rumor than the Brady one. Right now, I’d put it as a 7 out of 10 that Shanahan would choose Cousins over Garoppolo. However, that number could drop with another excellent season from Garoppolo.

But do I think this actually happens next year? Probably not, as Cousins would be expensive, but crazier things have happened. So, I’d give that a 3 out of 10 chance of happening in 2021. Brady to the 49ers is a 0.01 out of 10 to happen this offseason.

Haskins was drafted last year with the No. 15 pick. That staff that drafted him has been fired and Ron Rivera hired. Since the combine, there have been rumors that Washington is considering Tua Tagovailoa with the second pick, which would also mean passing on elite pass rusher Chase Young.

This is the same situation as Arizona last year, but Haskins played better at times in 2019 than Rosen did in 2018. It’s possible Rivera did homework on Haskins last season while preparing for the draft as the coach of the Carolina Panthers and didn’t like him as a player. Or he could have spoken with outgoing coach Jay Gruden and gotten word that Haskins can’t handle the gig. As former Washington linebackers coach Ron Ryan said recently, Haskins wasn’t ready last season.

Chance it happens: Washington might 100 percent be dangling this pick for a trade. That way, the team gets more draft capital and could still have a chance to pick Young. But it’s hard to completely ignore the similarities with the Cardinals, who also opted to take a quarterback over Nick Bosa.

This would completely change how the draft unfolds if Washington selected Tagovailoa. I think it’s a 50-50 chance the franchise is at least considering this, so this is a 5 out of 10 for me.

Daniel Jones and the Giants

The Giants drafted Jones with the No. 6 pick last season. While Jones showed some promise, it wasn’t enough to keep Pat Shurmur running the show. Enter Joe Judge, who refused to even mention Jones’ name at the combine.

Then again, he didn’t mention anyone by name. “Every one of our players is going to come here with a blank slate and be able to compete from the ground up from Day 1,” Judge said. “No one has a spot.”

Chance it happens: Even though it’s clear Judge is attempting to be Bill Belichick with his approach to the media, I do find it odd he wouldn’t even call Jones by his name. However, there’s a zero percent chance in my mind the Giants move on from Daniel Jones. This is a 0 out of 10.