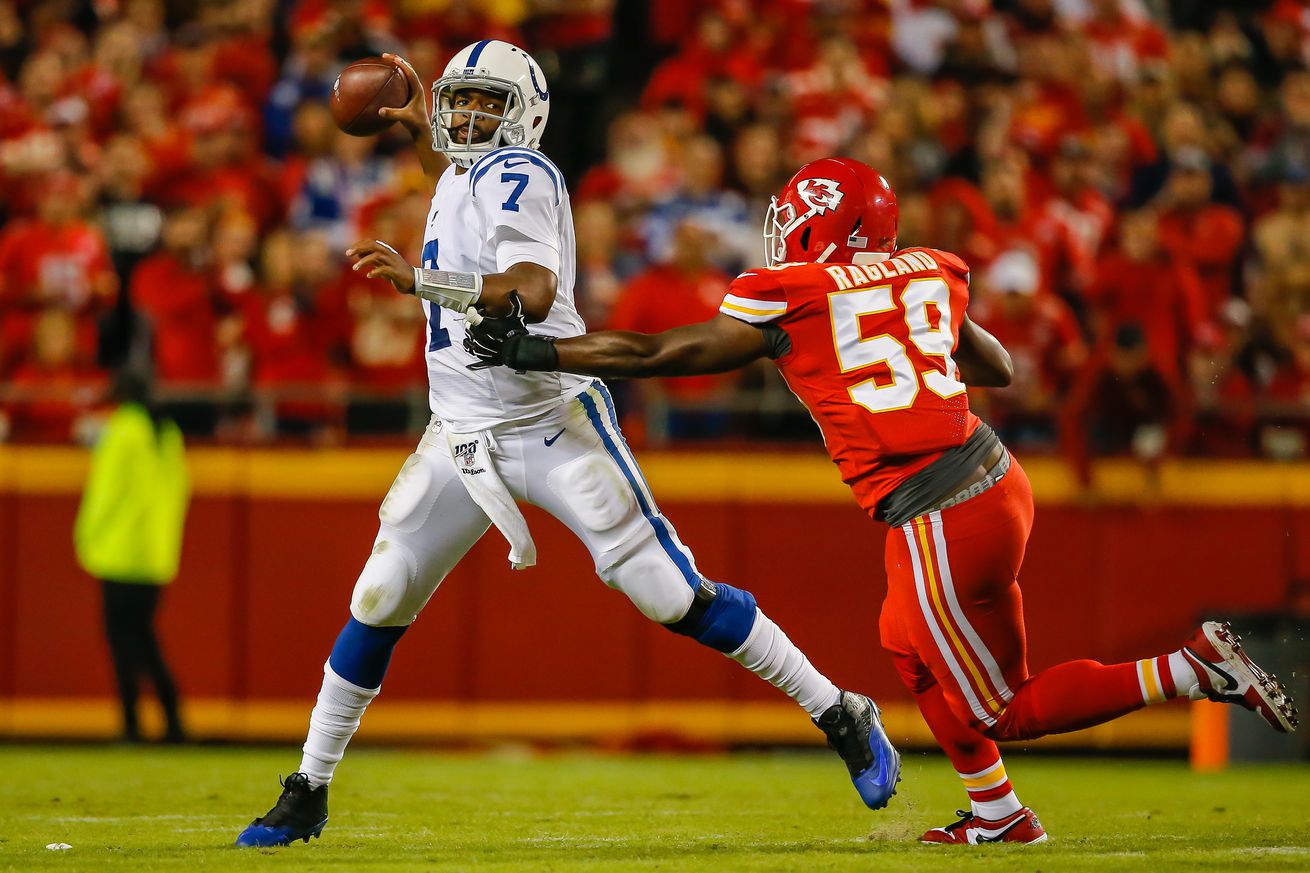 There are six other AFC teams at .500 or better. Here’s how retired NFL lineman Geoff Schwartz would rank them.

The best team in the AFC is the New England Patriots, no question. The defending champs are undefeated and while they haven’t played any good teams outside of the Bills, they have dominated their competition, especially on defense. Plus, they are the big dogs for eight years running in the AFC, and that counts for something.

The question now, after a wild Week 7, is who is the second-best team in the conference? Here’s how I would rank the six other AFC teams with a .500 or above record:

Maybe I’m a boring old fart, but I like what I know. I know the Chiefs’ offense is outstanding. I know the Chiefs can win playoff games. I know Andy Reid will have his team prepared to play each and every week. I know Patrick Mahomes should be back shortly and even if the Chiefs lose the next two weeks against the Packers and Vikings without him, my faith in the team shouldn’t waver. I know what Mahomes can do once he does come back healthy.

Also, the advanced stats show this is a great team, even if the Chiefs have struggled recently. They are ranked third by Football Outsiders, with their offense still clocking in as the best in the NFL.

I know Colts fans, I get it. You just beat them. But the Raiders beat y’all. Are they better? No. The Texans have the better defense and the better quarterback. Their offense line is improving by the week and I just trust their personnel with Deshaun Watson over Jacoby Brissett at the moment.

The Texans are fourth in yards per play on offense while the Colts are 23rd. The Texans are have the end on third down and in the red zone. On defense, they rank higher in yards per play, rushing, and passing defense, per Football Outsiders. So when we evaluate who’s better in the NFL, we need to look at the bigger picture, just not single-game results.

The Colts are close to the Texans, but I still rank them a little lower. I wrote when Andrew Luck retired that Brissett could lead this team to at least eight wins. After beating the Chiefs and Texans the last two games, I feel great about that prediction.

The entire Colts organization deserves so much praise for how they’ve played since Luck announced his retirement. There was zero public complaining. They just went to work. They prepared. They’ve played fast. They’ve played physical. Their lines have carried them. Brissett has been efficient and plays within the offense.

Chris Ballard has built a team around the scheme of the staff, which many general managers fail to do. I wish more organizations would follow the Colts’ lead and complain less when injuries happen, as every team deals with them each season.

If the defense is going to play like it did Sunday in Seattle, the Ravens might end up higher on this list. Their defense has taken a big dip this season, which is not surprising considering all their departures in the offseason. They rank 28th in yards per play and 22nd on third down. That defense came to play against the Seahawks, though, scoring two of the team’s three touchdowns in a 30-16 win.

But once again, I’m not sold on this offense. I think it’s too one-dimensional: Run the ball and hope your defense and special teams plays well. Limit possession for the opposing offense. Look at what the offense did against the Seahawks. The Ravens totaled 340 yards, 14 first downs, and scored 16 points, almost all because of Lamar Jackson’s legs.

The Ravens’ offense still needs to prove it can show up against a defense that can shut down the run. With the Patriots, 49ers, Bills, Texans, Jets, Steelers, and Browns on the schedule, we will see how they finish up.

It’s odd having them this low on the list when I think they are almost a lock to make the playoffs as a wild card. Their schedule is so easy and their defense is legit. However, their offense isn’t very good and it leaves them with a small margin of error every Sunday. Even with five wins, they don’t have any that are pretty. Every game is ugly and labored.

I don’t trust them to win a playoff game, but I do think they are in the dance.

It’s crazy how one play can change a game. The Raiders were driving down to score and go up 17-14 in Green Bay. Derek Carr scrambled toward the front corner of the end zone. Once again, he foolishly attempted to reach the ball to the pylon when he wasn’t close, got hit, and fumbled out of the end zone for a touchback. The Packers then promptly marched down the field for a score for a 14-point swing. Ball game.

And other than the loss to the Packers Sunday, the Raiders’ defense has been one of the surprise units in the NFL. They have zero dudes, but they still manage to make plays. Still, I wouldn’t count on them making the playoffs.