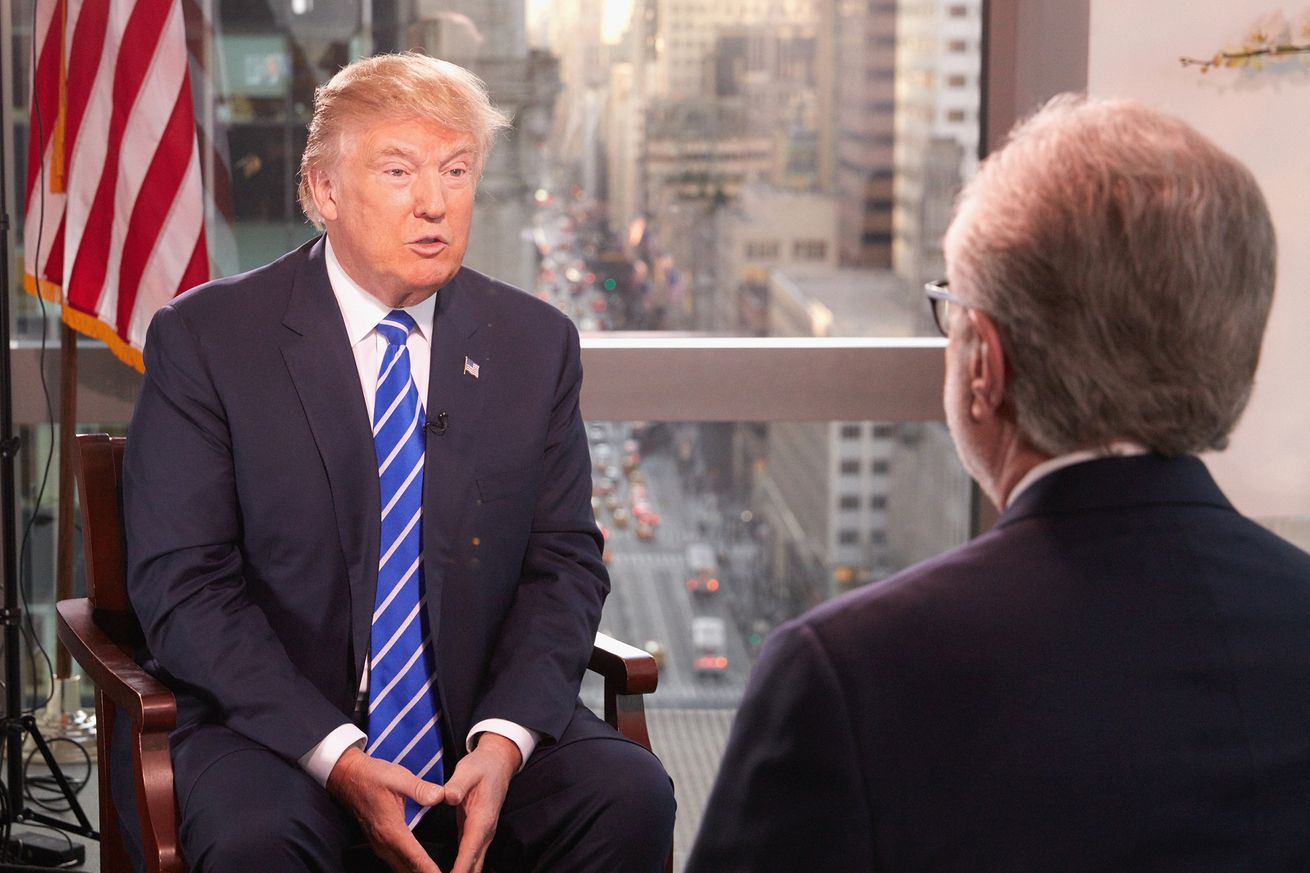 Donald Trump opted against a pre-Super Bowl interview in 2018, but sat down with CBS this year.

An exclusive interview with Donald Trump will be shown on CBS before the New England Patriots and Los Angeles Rams meet in Super Bowl 53. It will bring back a recent tradition of the sitting President of the United States being interviewed before the Super Bowl that was temporarily shelved when Trump turned down a request from NBC in 2018.

Trump’s discussion with CBS’s Margaret Brennan is set to air with segments on Face the Nation Sunday morning and just prior to the Super Bowl.

It started in 2004, when George W. Bush interviewed with CBS’s Jim Nantz prior to Super Bowl 38. The format was much different then, with Bush talking to Nantz from the White House in a mostly lighthearted chat about the Super Bowl.

Bush didn’t make a pick and didn’t do another interview before the Super Bowl in the second term of his presidency.

It wasn’t until Barack Obama’s presidency began in 2009 that the tradition of interviews really began. In each of Obama’s eight years in office, he had an interview that aired on the day of the Super Bowl beginning with one that aired just a couple weeks after his inauguration.

Most of the interviews were easygoing talks about the Super Bowl, although he avoided making predictions. It wasn’t until FOX News’ Bill O’Reilly spoke to Obama before the Super Bowl in 2014 that the annual interview took a sharp turn toward politics.

Trump has sparred with news networks and the NFL

A couple weeks after his inauguration, Trump sat down with O’Reilly for a talk that didn’t turn to football until the end of the conversation. After getting pushed for a prediction, Trump picked the Patriots to beat the Falcons, and was eventually proven correct.

The Patriots visited the White House in April 2017, although several players on the team elected to sit out the trip.

But when the Super Bowl was broadcast on NBC — a network he has publicly criticized — in 2018, Trump decided not to do the interview. It came after a year of critical comments from the president about players who chose to protest racial inequality and police brutality by kneeling during the national anthem.

Then when the Eagles beat the Patriots in Super Bowl 52, the contingent of Philadelphia players prepared to visit the White House was so small that Trump cancelled the visit, altogether. He instead held a ceremony for a group of “Eagles fans,” who were definitely not Eagles fans.

His battle with the NFL continued into the beginning of the 2018 season with tweets that taunted the league for plummeting ratings.

Wow, NFL first game ratings are way down over an already really bad last year comparison. Viewership declined 13%, the lowest in over a decade. If the players stood proudly for our Flag and Anthem, and it is all shown on broadcast, maybe ratings could come back? Otherwise worse!

But the NFL’s viewership went up during the 2018 season and Trump’s attacks faded away, despite a handful of players continuing to protest during the national anthem.

He’s also previously blasted the league for becoming “soft like our country has become soft.” But in his interview with CBS, Trump said he’d rather his son didn’t play football.

Trump’s pre-Super Bowl interview probably won’t look much like Bush’s from 15 years ago. Clips that have already been posted by CBS show the President discussing his desire for a border wall and his negotiations with Speaker of the House Nancy Pelosi. The network will likely air the portion of the interview that discusses Super Bowl 53 closer to kickoff, and — when it does — it’s probably likely that Trump will side with the Patriots again.