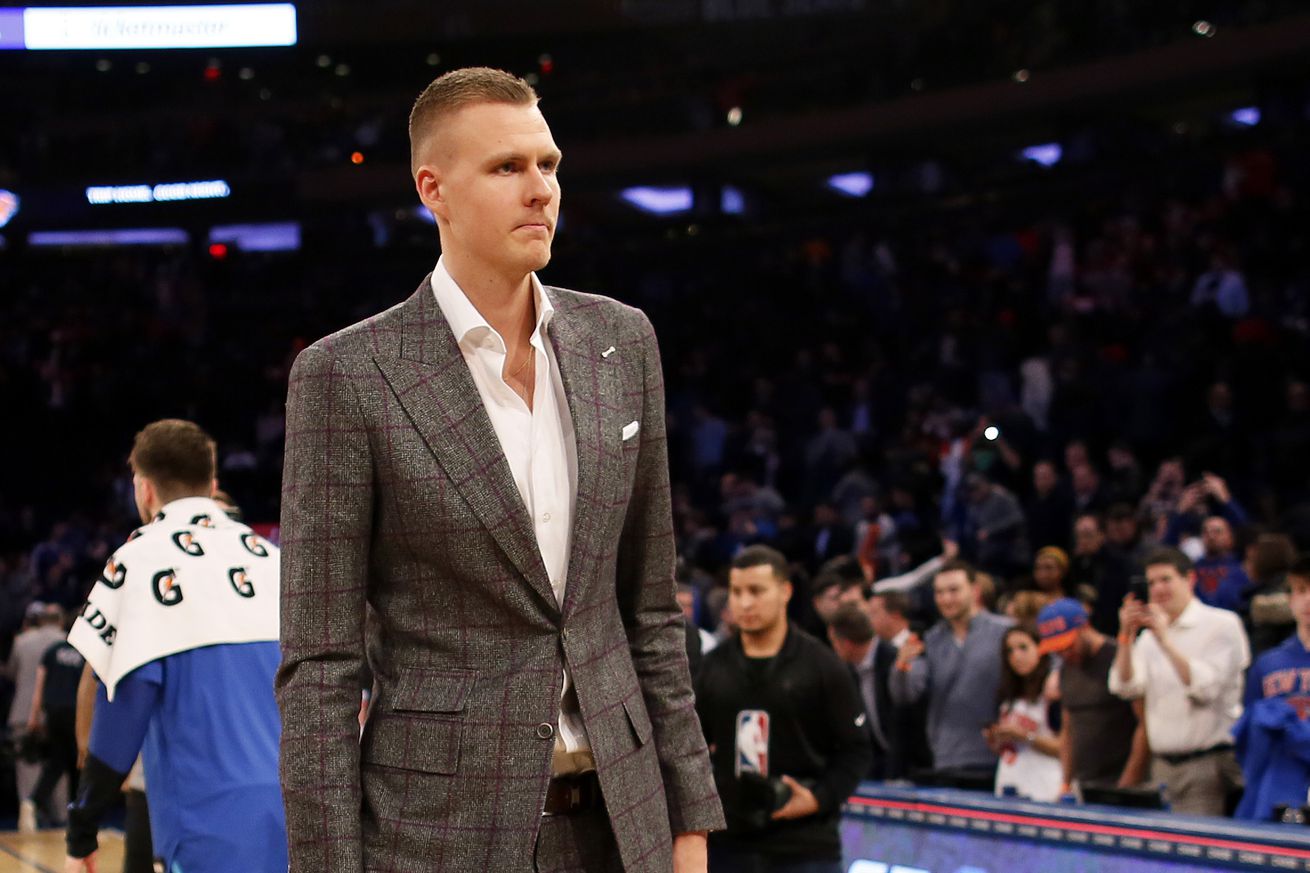 The 23-year-old was tired of the organization’s persistent losing and is now on another team. Here’s why.

Kristaps Porzingis is on the brink of being traded to the Dallas Mavericks. The Knicks and Mavs are finishing a deal that would send Dennis Smith Jr., DeAndre Jordan, and Wesley Matthews to Dallas in exchange for Porzingis, Courtney Lee, Tim Hardaway Jr., and Trey Burke.

Porzingis met with Knicks officials on Thursday to state his concerns over the franchise’s persistent losing and long-time dysfunction, according to ESPN. New York reportedly left with the impression that Porzingis preferred to be traded, and the Knicks worked quickly to accommodate him.

Porzingis hasn’t played this season as he recovers from a torn ACL that was suffered on Feb. 6, 2018. The Knicks currently have the worst winning percentage in the NBA at 10-40 overall on the season. Porzingis will be a restricted free agent in the summer.

The meeting this week between the Knicks and Porzingis isn’t the first time the 7’3 forward’s frustration with New York has been out in the open.

would be better off chasing a championship ring elsewhere.

“I think the direction with our team is that he would be better off somewhere else,” Jackson said according to ESPN’s Ian Begley.

In response to skipping the exit interview, Jackson publicly said he was listening to trade offers for Porzingis with the goal of acquiring a top pick in the 2017 NBA Draft.

Porzingis wasn’t traded, and the Knicks would go on to select guard Frank Ntilikina with their own pick. The organization would let Jackson go later in the offseason, but the relationship with Porzingis was frayed.

Since drafting Porzingis in 2015, the Knicks never won more than 32 games. Porzingis has had four different head coaches during that time. Needless to say, New York never came close to sniffing the playoffs.

The Knicks’ figured to be in the tank race this season with Porzingis recovering from ACL surgery. At the moment, the Knicks have the worst record in the NBA. Even as stars like Anthony Davis, Kevin Durant, and Kyrie Irving have been tied to New York in various rumors, there remains no clear path to contention for the Knicks.

Porzingis hasn’t had a good relationship with Knicks brass since his rookie year. On Thursday, he finally got what he wanted: a fresh start with a new franchise in Dallas.