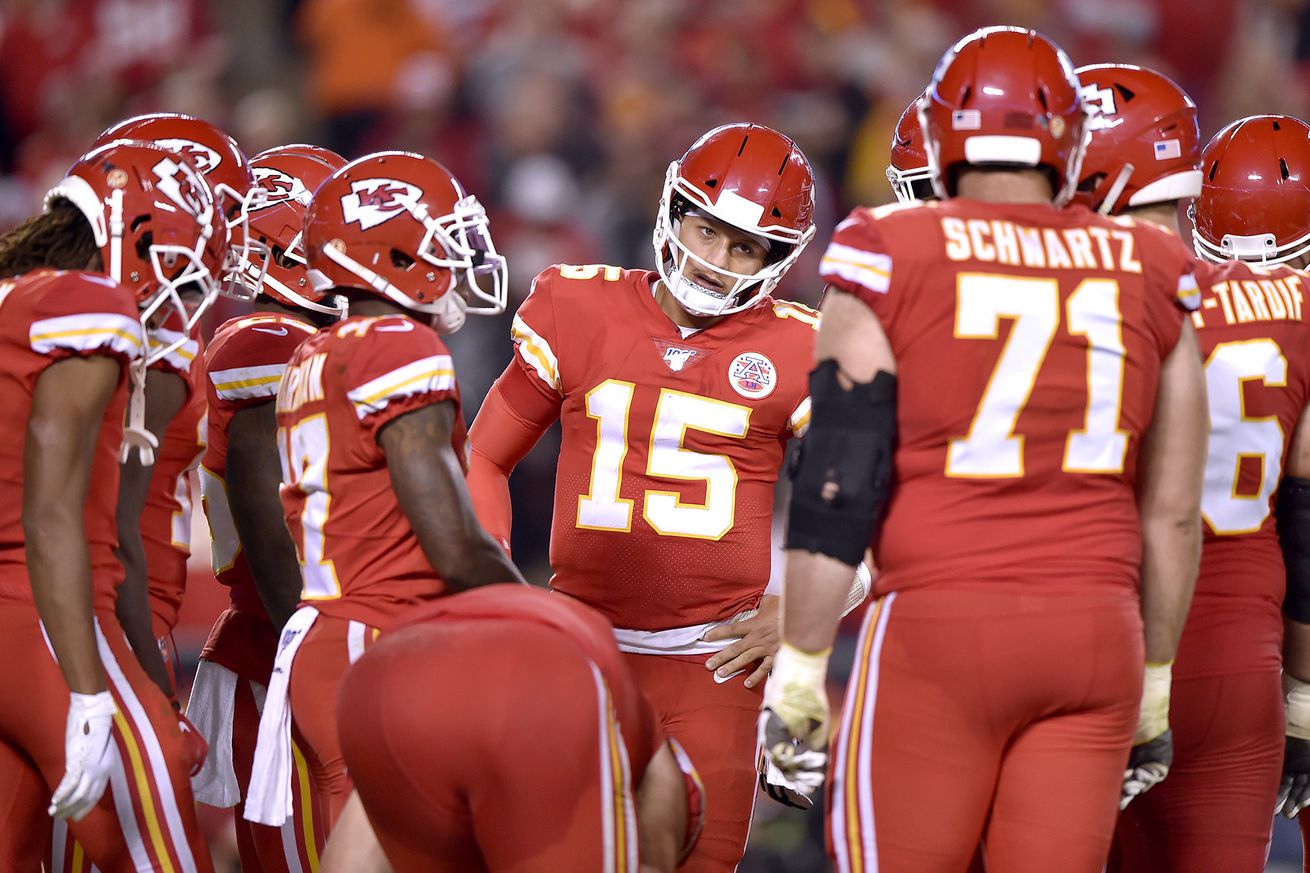 The Chiefs are banged up and look out of sync right now, but retired NFL lineman Geoff Schwartz says RELAX.

When the clock hit 00:00 at the end of the fourth quarter, the Kansas City Chiefs fell for the first time this season, dropping their record to 4-1. They lost by six at home and their roster looked like a mash unit for most of the game. By the end, these players were not on the field: a starting Pro Bowl left tackle, left guard, top two wide receivers, their second-team All-Pro defensive tackle, their middle linebacker, and for good measure, their best edge rusher was out for parts of the game. Oh, and the starting quarterback could barely move with a bum ankle.

The Indianapolis Colts came into Arrowhead Stadium on Sunday night as 11-point underdogs and controlled the game from start to finish for a 19-13 victory. They used the Patriots’ blueprint for beating the Chiefs, which could be the blueprint to beating anyone, but it’s the only way to beat the Chiefs.

The Colts played almost 75 percent man coverage, breaking all their tendencies. They harassed the Chiefs backup WRs with physical play and forced drop passes. Both sides dominated the line of scrimmage, with the defense making Patrick Mahomes uncomfortable and the offensive line pushing around the Chiefs’ defense.

Chiefs fans could take a deep breath and say, “OK, we lost one game, we will be fine.” Well, many of them aren’t taking a deep breath. They are huffing and puffing about everything that could go wrong, or is going wrong. But I’m here to be the voice of reason and tell you why no one should be concerned about the Chiefs yet.

Why there’s no reason to panic about the Chiefs’ defense

I’ll start with the defense. I picked the Patriots to win the AFC because I’ve never trusted the Kansas City defense, especially the run defense. I know people have said run defense, or rushing the ball for that matter, isn’t as important as pass defense. For most teams, I’d agree. But for the Chiefs, stopping the run is a huge issue against teams that can control the line of scrimmage, as we’ve seen in their losses.

When the Chiefs don’t stop the run, it does two things. First, it keeps the ball out of the hands of their best weapon, Mahomes. Second, their pass rush is worse, which then forces their defensive backs to guard longer than usual.

Their defensive backs love to hold, as we saw on Sunday night. They’ve led the league, or been near the top, for a few seasons now with defensive holdings. With all that being said, they allowed 19 points and only 4.6 yards per play (taking out the kneels) against the Colts, with a few of their best defenders missing times.

Those are winning numbers and you’d take them every game.

Why there’s no reason to panic about the Chiefs’ offense

Let’s get to the offense. The consternation over one poor game is rather hilarious to me. In the Mahomes era, the Chiefs had scored at least 26 points in every single game until Sunday night. Last season, they had an offense that was one of the best EVER. Yes, ever. Their quarterback won the MVP and this season, he’d gotten off to an even stronger start, despite his ankle injury.

Mahomes is on pace to smash the single-season passing yard record, even without Tyreek Hill, one of the most explosive offensive weapons in the league. Entering this past weekend, Football Outsiders ranked the Chiefs as the best offense in the NFL. So, I’d say things were going how they should be in 2019, until the loss to the Colts.

But look at the circumstances: The offensive line, down Eric Fisher and Andrew Wylie, didn’t play well. The receivers, down their two best options (Hill and Sammy Watkins) against man coverage, couldn’t get open. Sure-handed tight end Travis Kelce let a few slip through his hands. The run game, which hasn’t been ideal this season, continued to struggle. Running back LeSean McCoy had a costly fumble that turned the game toward the Colts.

In a one-game sample size, I’d say it’s an overreaction to an offense that had its worst performance in its last 24 games.

There are still legit concerns about the Chiefs, though

While Mahomes leads the league with 1,831 passing yards, he hasn’t been as crisp this season. He’s missed open receivers more often than last season. His footwork in the pocket can look sloppy at times. I attribute this to his left ankle not being healthy. It’s clear when his foot is bothering him, he’s not able to step into his throws like usual, which is causing the ball to sail just a bit.

So if his ankle continues to be an issue, I’d worry how that hampers him. But remember, a “not as crisp” Mahomes is better than almost every quarterback in the NFL. He’s that good.

A secondary concern for the offense is the injuries. The term “next man up” is something coaches love to say to motivate the backups. In reality, it’s not as simple. There’s no depth in the NFL, especially at offensive line.

They’ve been able to survive, barely, without left tackle Eric Fisher. I hope his worth is being shown in his absence. Now, they’ve lost left guard Andrew Wylie from a position that’s already the weakest link on the line. There’s no magical reinforcements on the way. The Chiefs need Fisher to get back healthy so they can move the backup left tackle Cam Erving inside to left guard while Wylie is out.

When Hill is out, the Chiefs’ offense can still function. They have veteran Sammy Watkins and Travis Kelce. Against man coverage, Watkins can make his guy miss and get open. When both Hill and Watkins are missing, you lose any veteran presence at that position. There are young players who haven’t learned yet how win against man coverage, or adjust with a gameplan midstream as it changes when they get more man coverage than expected. All of this leads to guys who aren’t in sync with Mahomes and I think it shows. They need at least one of those two top wide receivers healthy.

So, you can panic about the Chiefs’ current state of affairs after a single horrendous game, or you can trust the outstanding coaching staff to figure it out. How will the wideouts open against man coverage? Should they spread the formation out and have Mahomes make quick decisions to avoid having to block for him for too long?

There are plenty of answers to the test, and I trust this coaching staff and team to get it right.