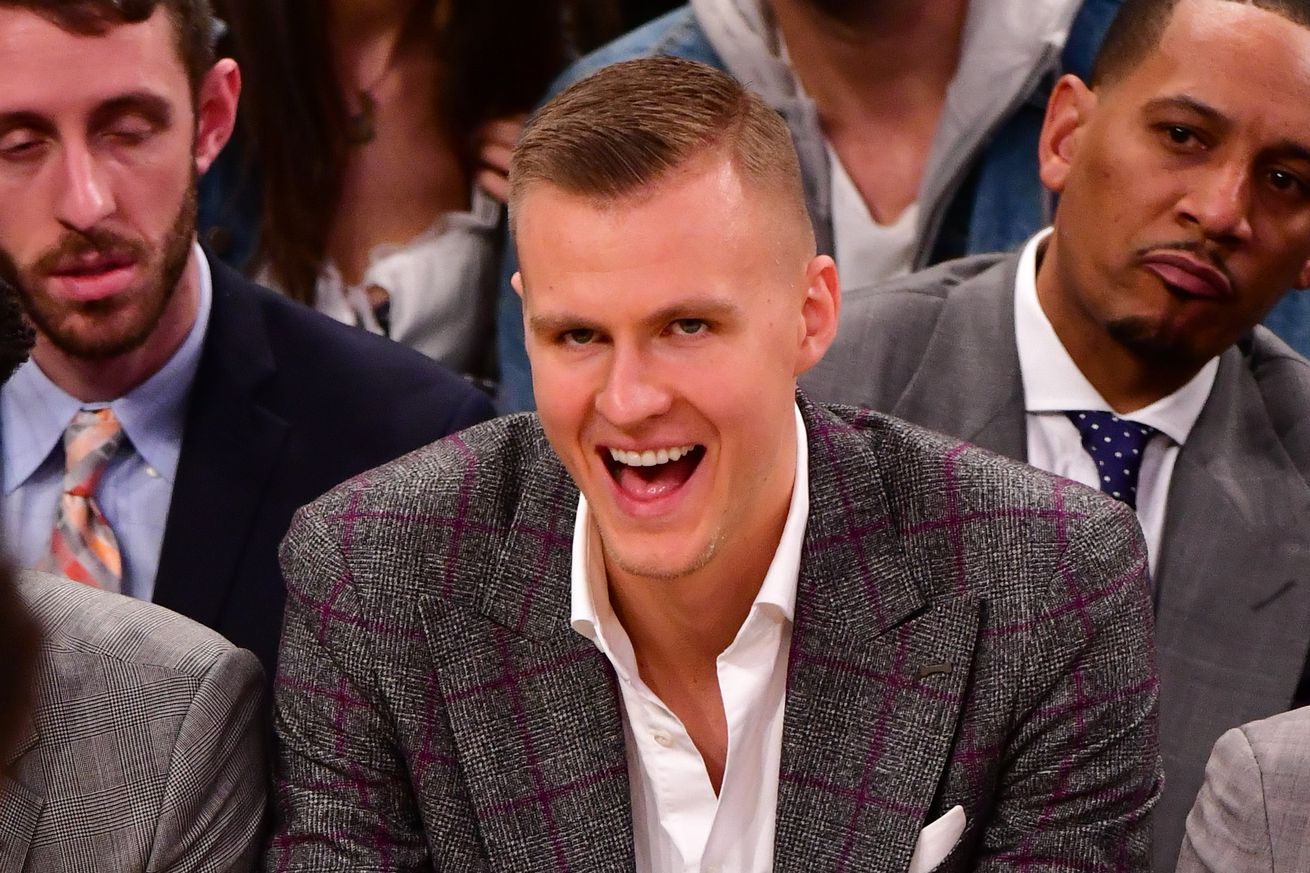 Porzingis has reportedly threatened to topple the restricted free agent paradigm this summer, but actually doing so is a massive risk.

Kristaps Porzingis requested a trade from the Knicks, and quickly had his wish granted. The Mavericks would be forgiven if they held a parade in the wake of acquiring the Latvian star — pairing him with young Slovenian Luka Doncic is a master stroke, even if it cost draft picks and cap space, and even if it requires Dallas to invest $150 million in Porzingis despite the big man coming off a torn ACL.

There’s a catch, though: Porzingis reportedly told the Mavericks he plans to sign the qualifying offer this summer to become an unrestricted free agent in 2020.

This would be a league-shaking development if it actually happens. No All-Star has ever signed the qualifying offer after their fourth season in the NBA to hit unrestricted free agency sooner.

The best player to actually do it is probably Greg Monroe, who did it in 2014 after a 15-9 season for the Pistons. The next summer, Monroe signed a 3-year, $50 million deal with the Bucks. It didn’t really work out for anyone; he’s now playing for the veteran’s minimum in Toronto at age 28.

Needless to say, Porzingis — who was an All-Star at age 22 and averaged 22-6-2 before the ACL injury last season — is a different caliber of player.

LeBron James and friends rolled out the three-year + player-option max extension more than a decade ago, or perhaps the more recent 1+1 innovation.

Because of restricted free agency, teams that draft stars essentially have them locked up for the first seven years of their careers. The supermax contract provision was an attempt to increase that to 12 years. But the supermax is a failure. It’s taking many teams’ control backwards by speeding up the process by which young stars with wanderlust look for the exits.

If Porzingis changes the way young stars see that rookie extension and the qualifying offer, team control might go down to five years. If Porzingis successfully does this and other young stars follow, this could take the NBA backwards in where it wants team control to be.

Nerlens Noel was the last player of note to use it, and it was a disaster for him. (He’s now in a decent spot in Oklahoma City, making a fraction of what he could have had he simply taken the Mavericks’ initial four-year contract offer when they offered it.)

The key difference between what players like Monroe and Noel used the qualifying offer for and what Porzingis would be doing is that Porzingis is going to get a max contract extension offer from the Mavericks. They would not have traded two first-round picks and all of their 2018 cap space for him without being willing to give him $150 million this summer, even if he doesn’t get back on the court before then. Monroe and Noel and others who have threatened or even used the qualifying offer did so to capture more money in the long run. They essentially bet on their own ability to earn contracts better than what their teams were offering.

But that’s not what would happen with Porzingis. The max is the max. He wouldn’t make any more money with any other team he signs with in 2020 than he would with Dallas signing in 2019. He would only gain the freedom to choose which team he plays for from 2020-21 through 2023-24, at a cost of about $20 million in salary during the 2019-20 season and the risk of losing all of it if he suffers another catastrophic injury or looks like a shell of himself upon his return to the court.

Players like Kevin Durant, LeBron and others have traded security for freedom, but they’ve all done it after having earned hundreds of millions of dollars. No one has made that trade on the scale of what Porzingis is threatening.

That’s why it seems so unlikely he’ll actually go through with it, and why the Mavericks are right to call his bluff by trading for him now. There’s a lot for Porzingis to like in Dallas, and saying you’ll turn down $150 million is a lot different than actually turning down $150 million.

But someday, a player will do what Porzingis is threatening, and if it goes well, it could change everything about how teams control young stars and frankly how teams are built. Restricted free agency is the greatest tool in teams’ arsenal, and it will take just one absurdly brave soul to shatter it.

Maybe Kristaps Porzingis is the right man for the job.