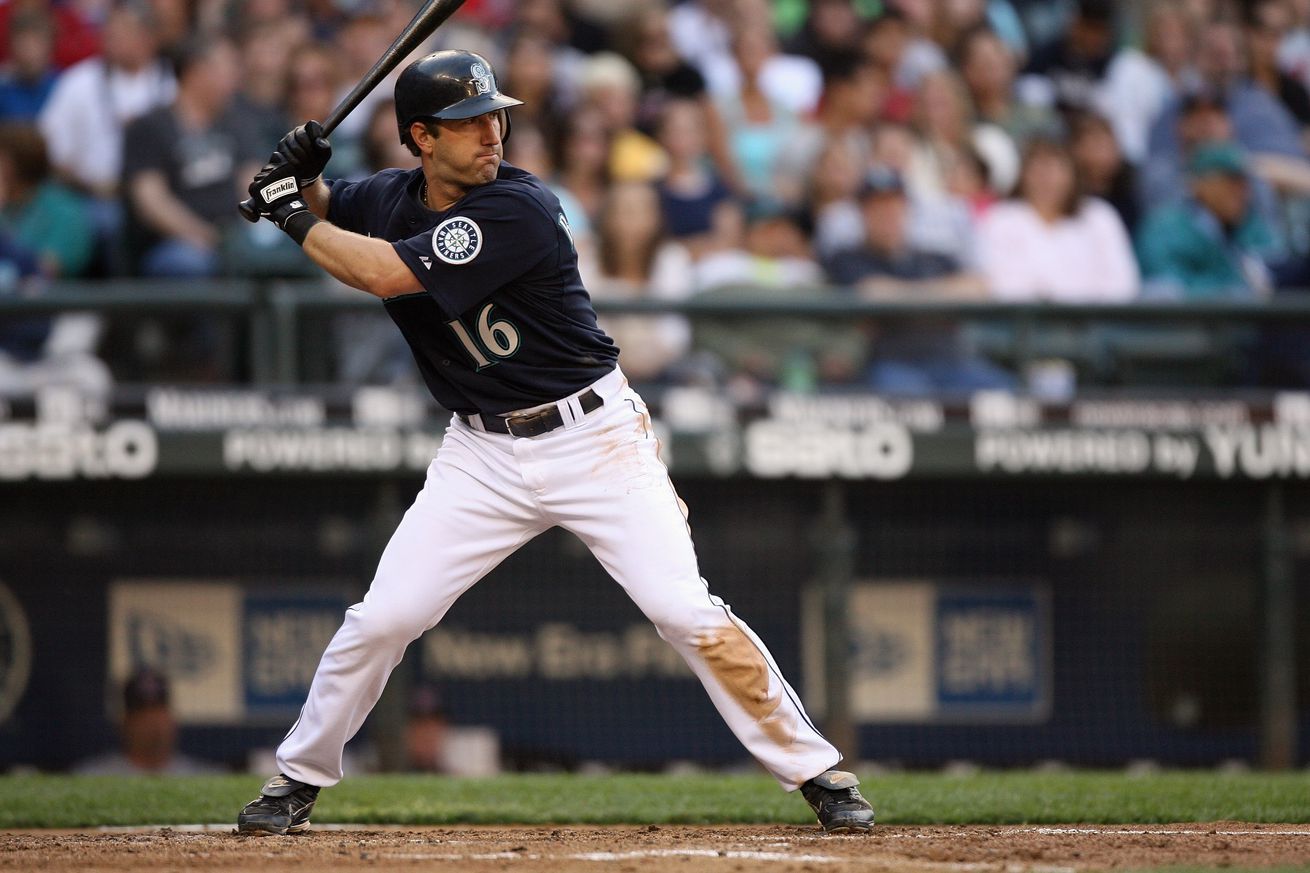 July 1, 2008. It was a mild summer evening in Seattle, and a baseball game was going. It was the bottom of the ninth, Willie Bloomquist facing Toronto Blue Jays reliever Shawn Camp. Both teams were irrelevant. The Blue Jays were hanging around .500 ahead of a late-season run which would take them nowhere near playoff contention, while the Mariners were in the midst of one of their regularly-scheduled disasters. Bloomquist, meanwhile, was mired in a disaster of his very own — one which by then had reached semi-historic proportions.

Since 1988, only one player had put together the kind of run Bloomquist was on. And it wasn’t a good run. More than a decade ago, journeyman infielder Mike Gallego had stitched together an astonishingly futile stretch of baseball. Facing Sid Fernandez in the third inning on August 8th, 1994, he hit a double down the left field line. In the bottom of the second on August 5th, 1996, he hit a double to deep center field. In between, for a stretch 215 plate appearance and almost two calendar years, Gallego had managed a grand total of zero extra-base hits.

Gallego’s feat was not yet quite within Bloomquist’s grasp, but it was looming grim on the horizon. The then-30-year-old’s most recent extra-base had come almost a year ago, a double (off Justin Verlander, of all people). Since? 179 plate appearances without a double, triple or home run.

Camp stared him down from the mound, hoping for a double play.

This is not the sort of thing that is supposed to happen to non-pitchers, although it was a little more common before the long ball took over the game. Before Gallego, there were Wayne Tolleson and Jose Oquendo in the 80s, a handful more in the 70s and 60s. But this was 2008, and Bloomquist’s inability to drive the ball compared to his peers stuck out a sore thumb.

The wild thing is that Bloomquist was otherwise having a very good year. Able to fill in across the diamond, Bloomquist was a valuable utility player for the Mariners, and in 2008 he was an on-base machine. By the time July rolled around, he was hitting .250/.364/.250. He had a better on-base percentage than every single one of his teammates. But still. No doubles.

The drought, incidentally, isn’t just me picking at numbers after the fact. The Mariners’ announcers are probably the opposite of malicious, especially for a local kid made good, of whom Bloomquist was virtually the archetype, but they couldn’t resist counting up the time since he’d last hit for more than a single. It was, after all, nearly a year, and even the slappest of hitters should have contrived at least a double or two by now.

Bloomquist was batting because the Blue Jays hadn’t wanted to challenge Adrián Beltré with a runner on second base and first open. Which, fair enough. But with one out and the game tied at 6-6, this gave Bloomquist a fighting chance to walk it off. Sure, Raúl Ibañez, the man at second, wasn’t that fast, but a nice soft line drive into the left field would win the game. No need to worry about doubles. Just take what you’re given.

What Bloomquist was given was a hanging pile of trash, an absolute gift of a pitch. He jumped all over it, lining it deep into the left-center field gap. Neither Vernon Wells nor Adam Lind got anywhere near it. He’d finally done ended the drought, just when he didn’t need to. Bloomquist was just heading into second for that long-awaited double when Ibañez trundled across the plate. The Mariners moved to 32-51.

The thing about hitting walk-offs — the ones that stay in play, at least —is that the game ends when the run is scored, and Ibañez got home before Bloomquist made it to second base. The official score on the play was: Single to LF (Line Drive to Deep LF-CF); Ibanez Scores; Beltre to 2B. Scorching the ball into the gap had become, through the magic of the walk-off, a single.

Obviously, Bloomquist and the team were thrilled with the result. Wins were hard to come by, and when you’re this bad you seize every chance to throw a little party. The team poured out of the dugout, Gatorade was presumably tossed around, and everyone had a good time. But the drought remained.

To put together a streak like Bloomquist’s, many things have to go against you. A great play by an outfielder, the third baseman shading you a step towards that bag so that they can dive for a hard grounder instead of watching it go by, just missing a pitch that you should crush, whatever. That’s baseball. It’s a cruel sport.

Cruelty is one thing, but I don’t think I’ve ever seen it be quite as petty as it was that night in July. The hardest ball Bloomquist had hit all season came right at the time it couldn’t break his streak. There was no outstanding defensive play to rob him of a double, no nothing. Just the end of the game, a walk-off victory that Bloomquist had earned with his non-double.

Bloomquist’s brush with fate is not, of course, the weirdest thing baseball’s rules around game-winning hits has ever served up. That title probably belongs to Robin Ventura, whose grand slam to end Game 5 of the 1999 NLCS was reduced to a single when his teammates mobbed him in celebration before he could round the bases.

Ventura’s misadventure, however, was baseball at its most grandiose. Bloomquist’s was far more mundane, far closer aligned to the everyday miseries of the sport. I think that’s what makes it so funny. The stars aligned just right for his streak to continue, in the most absurd way possible. This is the sort of thing that happens to the Mariners, the natural home of absurd baseball trivialities, and it’s the sort of thing that happens to players like Bloomquist, who despite their many merits serve mostly as placeholders until someone else turns up.

In this case, at least, there was a happy ending to the story. That grand transmutation from double to single did extend Bloomquist’s extra-base hit drought, but ten days and 23 plate appearances later, he slashed a pitch from Alan Embree down the left field line. It bounced into the stands for a ground-rule double.