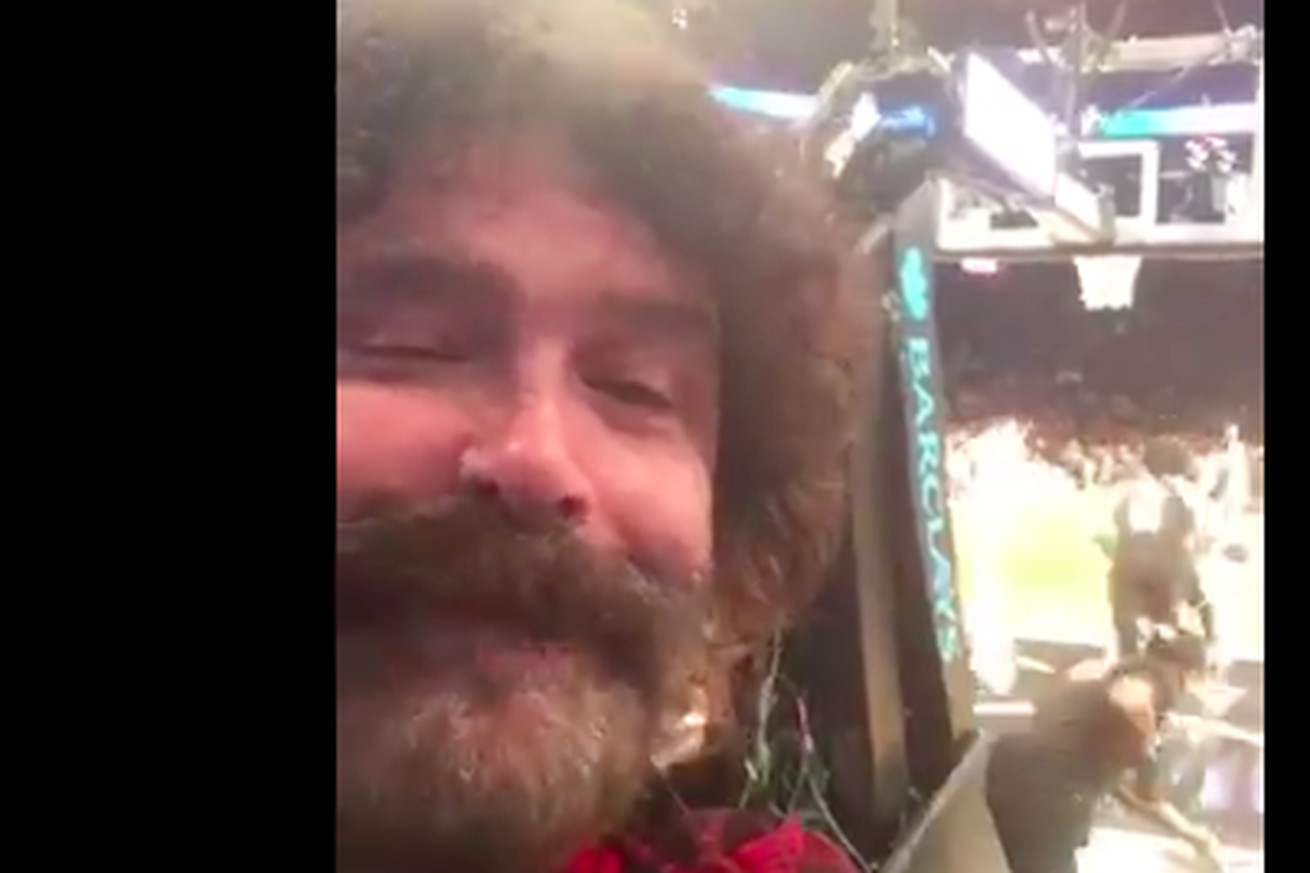 WWE Hall of Famer Mick Foley went to the Brooklyn Nets’ game on Tuesday night and got a hilarious question from a fan.

This @NBA story MADE MY DAY!
I’m at @barclayscenter for the @BrooklynNets @chicagobulls game and a man says “excuse me sir, I know you must get asked this a lot….but are you @rolopez42 father?” pic.twitter.com/gAfN079XPx

The best part isn’t just the confusion, but how much fun Foley had with it. During the game he cheered on his “son,” and had a blast with it.

Rooting on my son @rolopez42 at the @BrooklynNets @chicagobulls game! @NBA @barclayscenter pic.twitter.com/3lSEDaWe7v

Lopez didn’t have an amazing night, but that doesn’t matter — because his long-lost pops was there to see to see him play, after all these years.

I’ve been leaving tickets at the window for a decade and it finally happened #TearsOfHappiness pic.twitter.com/mskN0ChEru

This family reunion is so beautiful.