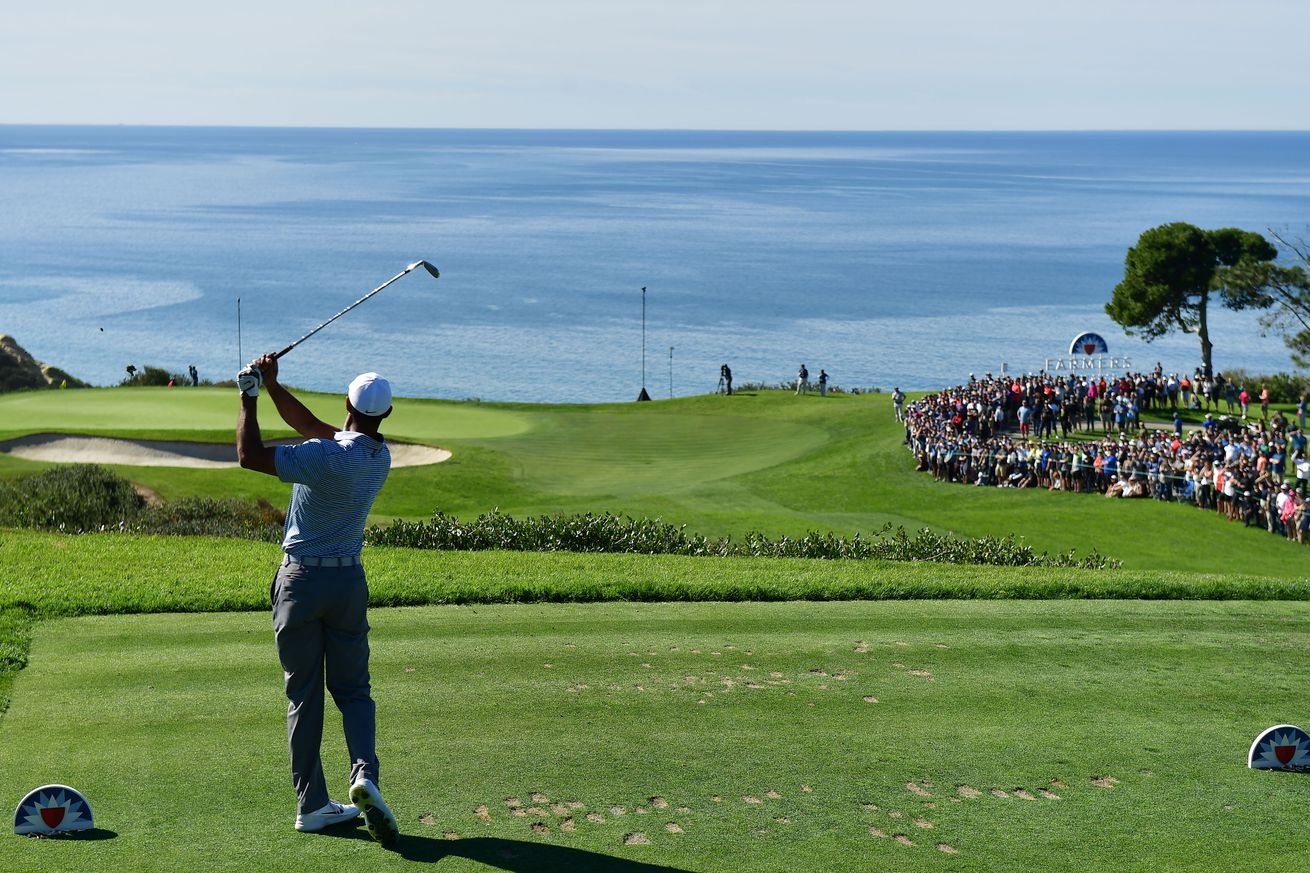 Tiger gets 18 more on Sunday at Torrey Pines, where Jim Nantz will be in the booth before shuttling off to the Super Bowl.

Perhaps a decade ago, the thought of playing a Sunday round without any chance of winning would make Tiger Woods roast. He only played tournaments to win and simply playing out the string on a weekend deep down the leaderboard was equivalent to failure. It did not matter the event, whether it was the first tournament of the year or some silly season game.

This is a different Tiger now. He’ll take smaller wins here and there and it’s a win just get some more “reps,” as he always calls it, in his first event of the year. He has won at Torrey Pines an absurd eight times — seven at the Farmers Insurance Open and one U.S. Open on a torn ACL. But even with that track record, the expectations were low this week. He had not played in two months and the last we saw him, he was struggling just to keep it on the planet. The assumption was he’d ease his way into the season and try to post some numbers through four “competitive golf” rounds.

Tiger will not win the Farmers Insurance Open for an eighth time. He will not come close, starting his final round a good 13 shots back of 54-hole leader Justin Rose, who also happens to be the No. 1 player in the world. There will be weeks when Tiger, the 42-year-old fused back version, cannot hang with that and this is one of them.

Unlike a decade ago, that’s not a failure. Sunday is an opportunity for another competitive rep. A chance to maybe post something in the 60s before taking a couple weeks off from the West Coast swing. This is not some sunshine and roses pep talk or rationalization. It’s just who Tiger is now and I think even he accepts a Sunday “playing out the string” as not an unmitigated failure.

Here are some nuts and bolts for Sunday’s final round at Torrey Pines.

After the cut is made, the less heralded North Course is cast aside for the weekend. The final two rounds at the Farmers take place entirely on the South Course. But even with the field cut in half, the Tour still sends them out in groups of three and off two tees. That’s usually a move done only when severe weather may wipe out a good half day or so. It consolidates the field into about a two-hour block and while the rounds may take much longer, the entire field completing 18 holes wraps up faster.

But there’s no inclement weather forecasted in San Diego so why the threesomes off split tees? TV is your answer. This is done on the west coast swing early in the year when 1) we still have limited daylight and 2) the networks want a conclusion sometime around 6 p.m. ET. That’s a 3 p.m. local finish and there’s just not enough space to comfortably have everyone go off one tee in groups of two. So we’re stuck with threesomes and rounds that will probably exceed five hours.

Here are some of the marquee groups on the tee sheet on Sunday:

CBS will take us home at the Farmers, before going back to football and the Super Bowl next weekend. Jim Nantz is on the call in the 18th tower. There were questions about Nantz taking the week off between the AFC title game and Super Bowl, but he chose to be out there grinding and covering the sport he loves. So valiant! Sunday’s broadcast will run an extra half hour into 6:30 ET, unless of course we have a playoff and don’t get done before dark on the west coast like last year’s mess.

With Tiger down the leaderboard, he’ll be out in the earlier side of the draw and well before Golf Channel goes live with early final round coverage on TV. But, if you have an NBC Sports Gold subscription, you’ll be able to watch him from the very first tee on that OTT streaming service. Here are your media options and schedule for the final round:

2 thoughts on “Your guide to Sunday at Torrey: Tiger gets ‘reps’ and the world No. 1 looks dominant”