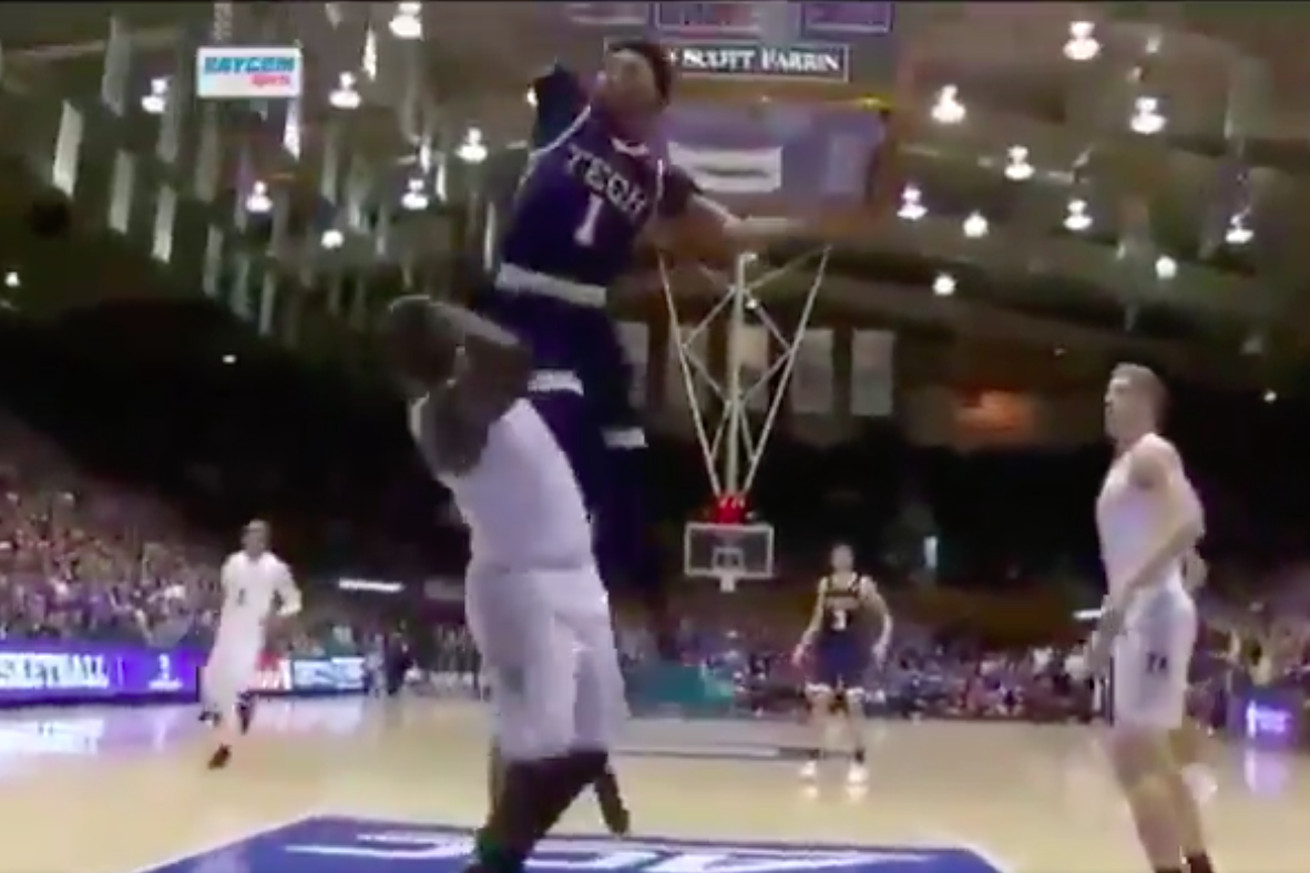 Banks put the future No. 1 pick on a poster.

Everyone wants to see Zion Williamson dunk. He’s done it a lot this year at Duke, ripping off a 360s and tomahawks and alley-oops seemingly every time he takes the floor.

All eyes were on Williamson as Duke opened a loaded Saturday slate in college basketball with an early afternoon tip-off against Georgia Tech. A nation waited patiently for Zion’s next poster dunk. It happened within the first 10 minutes of the game, only with a strange twist: this time, Williamson was the one getting dunked on.

Congrats to James Banks III, a Texas transfer who arrived at GT this year. You did what no one has done this season, and that’s dunk on Zion Williamson.

Fear not, Williamson has already had his own highlights in this game. How about this block?

Don’t worry: Williamson is still going to be the first pick in June’s NBA draft. Even LeBron has been dunked on — despite his best efforts to eliminate the evidence.